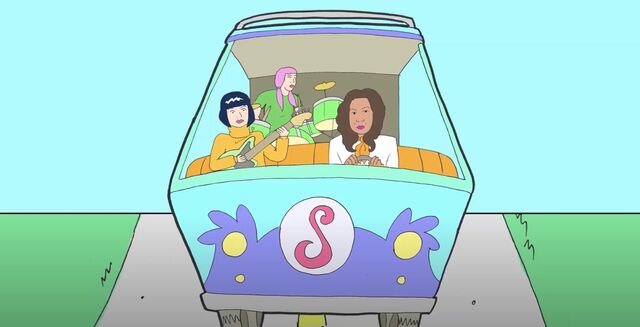 As we finally change the channel on the past twelve months of nonstop drama, one thing's for certain: we've all got our eyes set on sunny skies ahead. Well, no matter what frigid weather (or post-2020 existential hangover) you're currently trudging through, there is, indeed, a bright spot on the horizon. Spring break has arrived early, and you can thank The Sorels for this miracle of bubble gum-rock-n-roll-pedal-to-the-metal-fun. Naturally, the animated music video—lovingly created by animator Nick Friesen—is one part Saturday morning cartoons, three parts charming.

New to the band? Jinkies, let's fix that. Known as Winnipeg, Canada's “tiniest, toughest band,” The Sorels are the darling of Montreal/Saskatoon-based Reta Records, which will release their “Spring Break EP” on 7” vinyl February 2, 2021. The music will also be streaming everywhere you find digital music (this isn't the old days of MTV Spring Break, after all).

Grab your bowl of Cheerios and take a joy ride in the Sorels' own Mystery Machine. “Spring Break's” self-titled A-side is akin to the start of a much anticipated road trip with all your BFFs: Jennifer Alexander's Go Go's-inspired guitar melts all trace of snow while drummer Jill Lynott inspires the kind of shimming and shaking best reserved for long, hot nights on the sand. Frontwoman and bassist Joanne “Jo Jo” Rodriguez manages to sound both soulful and perky, perhaps her coolest trick yet.

The sleazier, heavier B-side, "Palo Santo," is best cranked loud while motoring across the desert, leaving a plume of exhaust and hearts in your wake. “Lyrically, 'Palo Santo' draws from our North-End surroundings, burning incense and marijuana cigarettes, writing songs over red wine at my kitchen table,” Rodriguez said.

Written during a heat wave, the mirage of sweet flowers and sweat in the prairies of Manitoba inspired the tune. According to drummer Lynott, she had been listening to a lot of Alice Cooper and a splash of Palm Desert California stoner rock. The recording session that birthed the tunes came about thanks to a raffle—and a bad twist of fate.

“The prize was one of many raffled items up for grabs at a fundraiser being held after Jill's husband’s jam space burned down,” the band said. “Jill’s mom, Colleen, actually won the recording package at the beautiful Studio 23 in Winnipeg. So, we pounded out a couple sizzling tunes in the deep freeze of Manitoba.”

Need your own copy of this soon-to-be summer jam? Pre-orders for the vinyl open January 15 via Reta Records and include a limited-edition centerfold style poster designed by Kenneth J. MaClauren. Founded by Jamie Radu of Montreal-based band Pale Lips, Reta Records is becoming known for wildly colorful 7” records in yummy candy-coated colors.

“I have been working with Clampdown Press out of Vancouver for my last two vinyl pressings and I really love the fun color combos we were able to come up with,” Radu said. “The vinyl product should totally match the enchantment of the music–that’s one thing I will always try to bring to the table with my releases. I also have the pleasure of releasing some records with my friend Carlo Figliucci at Surfin’ Ki Records in Italy.”

The girls admit that the idea of “Spring Break” initially felt somwhat cheesy, but—luckily for us—The Sorels powered through the dairy and broke through somewhere between Josie and the Pussycats and the Runaways. The band explains it best:

“Who doesn’t love cheese? Unrequited love and longing for warm and sunshine after a hard cold winter? We want it, we deserve it! Gimme a taste!” 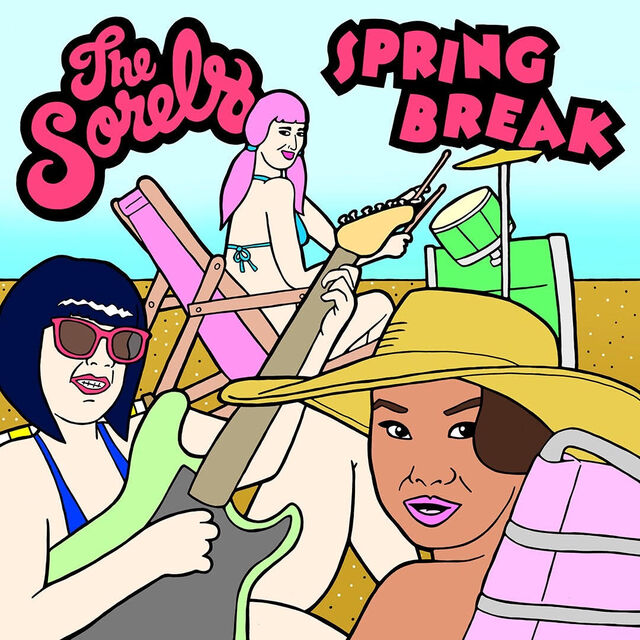 Singer-Songwriter Annika Bennett Wants You To Know That Everything Is Fine: BUST Premiere