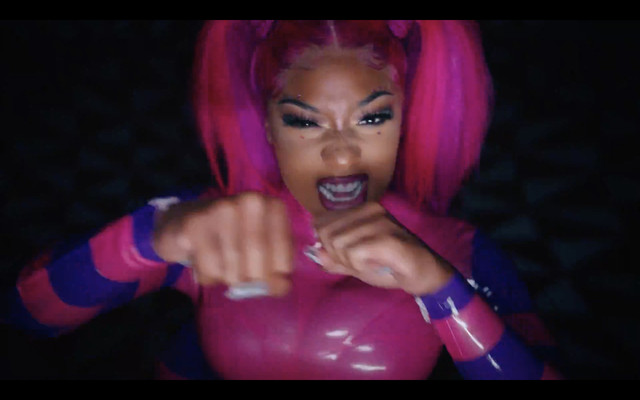 Megan Thee Stallion is calling all the “college hotties.”  Last week, the rapper and college student debuted a scholarship in honor of her new song “Don’t Stop” with Young Thug. Two $10,000 dollar scholarships will be awarded at an unnamed date to women of color that are pursuing an associates, bachelors or postgraduate degree in any field of study. The application website reads, “Still a college student herself, Megan is incredibly passionate about the transformative power of education and remains a strong advocate for women pursuing a college degree.”

The application consists of basic details like age, course of study and institution name as well as an essay with no minimum or maximum word count. After the “WAP” rapper shared the application link on Thursday, the site was overwhelmed and crashed. By Friday morning, the website was back up and running.

Megan is currently a senior in the healthcare administration program at Texas Southern University. Throughout her career, she has continued her studies and committed to redistributing her wealth back to her fans and community.

Megan teamed up with Amazon Music for the scholarships and for donations to a Houston nursing home in April. Last Thanksgiving, she donated time and money to the Houston Food Bank. As civil unrest prompted unconstitutional jailing in June, Meg donated $10,000 dollars to Restoring Justice, a Houston-based bail fund.

This summer, Meg and Beyonce’s smash-hit “Savage (Remix)” blew up on TikTok and Instagram. Neither artist promoted it, but they donated a portion of the profits to the Houston-based organization Bread of Life for their COVID-19 relief efforts.

Last year at BeautyConLA Meg declared the necessary swing from Hot Girl Summer to Hot Nerd Fall. “It’s gonna be a real hot girl semester, you know what I’m saying? Real Hot Nerd Fall, so I’m just about to start puttin’ on for all my school girls.” A year later, "Thee Don’t Stop Scholarship" is encouraging her fans to value their education and hopefully get some financial assistance from the hot nerd herself.