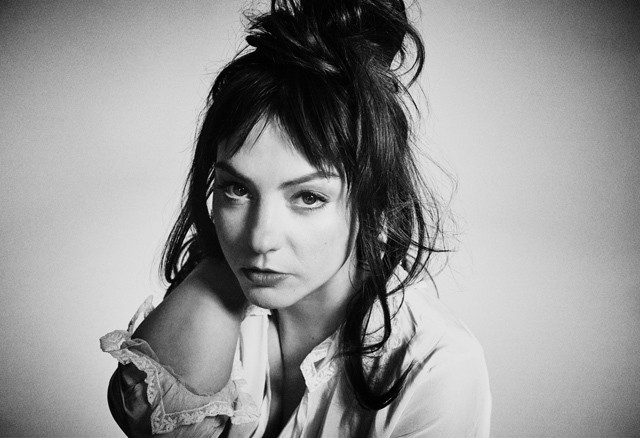 FOR A DECADE, Angel Olsen, 33, has consistently made music and then toured it, taking breaks for only a few weeks before hitting the road again. Then the pandemic struck, and she was able to hit the pause button while still releasing an album. Her latest, Whole New Mess, arrived at the end of the summer—a collection of stripped-down versions of tracks off 2019’s All Mirrors (with the exception of the title song and “Waving, Smiling”). It’s indicative of her return to her roots and finding herself again as a musician. Here, she chats about the album’s concept and reflects on a decade of artistry.

How has the state of the world affected your work as an artist?
This is the longest I’ve been home in years. It’s pretty wild to me. Every time I talk with the label or with management, we’re talking about when I’m gonna be able to tour this record, and we just don’t know. I’m really happy that [Whole New Mess] is new versions of songs that have already come out, except for two, so people will already be familiar with them, but they’ll be able to listen to both versions and kind of reflect on their differences.

What was the inspiration behind Whole New Mess?
After I finished touring with a full band for My Woman, I went on a solo tour around Australia, the U.S., and Europe for over a year, performing songs I never get to do alone. Financially, it was great! I got to tour my material and not worry about money or paying a ton of people and making sure all of these demands were met. I could now make some of that money back and focus on what I wanted as a singer and take some time to reflect on who I was, and if I wanted to continue doing high-production songs, or if I wanted to revisit the past. A lot of the material on Whole New Mess and All Mirrors is about my struggle with the changes that happened along the way from becoming a solo singer and performer to becoming a band leader and business owner and trying to have a healthy partnership through that. That’s a big plate.

I had to spend some time away from everyone and rediscover why I wanted to make music in the first place. Going on that solo run, I wrote a lot of these songs and performed them in a specific way. I knew they deserved the ability to grow and get bigger like the other records, but I also wanted to take a snapshot of what they were when I performed them solo.

It really has been a wonderful album to stay at home and cuddle with, honestly.
Well, you know what they say: Sadness is always in [laughs].

"All Mirrors" By Angel Olsen Is Risky And Raw