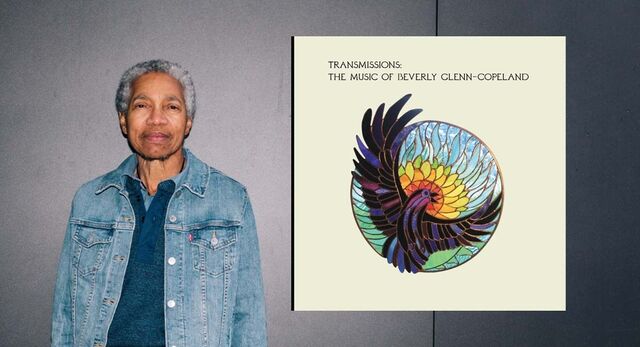 “There are three challenges in my life. The first is being Black in a white culture. The second is being transgendered in a heteronormative culture. The third is being an artist in a business culture,” says Beverly Glenn-Copeland in a press release about Transmissions, a career-spanning collection of his beautiful and eclectic music. Born in Philadelphia, Glenn-Copeland left the U.S. to study music in Canada in the 1960s. In 1970, after dropping out of college due to discrimination, he released two mystical folk-jazz albums. Then, after a 16-year hiatus, he released his cult classic masterpiece Keyboard Fantasies—a verdant, transcendental opus that combines nature, spirituality, and science-fiction with a Roland TR-707 drum machine and a Yamaha DX-7 synthesizer. Originally self-released on cassette, Keyboard Fantasies was rediscovered in 2016 and a new following quickly amassed. Transmissions weaves Glenn-Copeland’s classic tracks and more recent work into a cohesive retrospective fit for longtime fans and newcomers alike. “The great joy is to be alive,” he says. “Being alive means you’re going through some hell, some wonderful stuff, and a lot of stuff that is neither here nor there.” 5/5

Transmissions is out September 25, 2020. This article originally appeared in the Fall 2020 print edition of BUST Magazine. Subscribe today!

Big Freedia Opens Up About Beyoncé, Bounce, Being Black in New Orleans, and Her Boo: BUST Interview