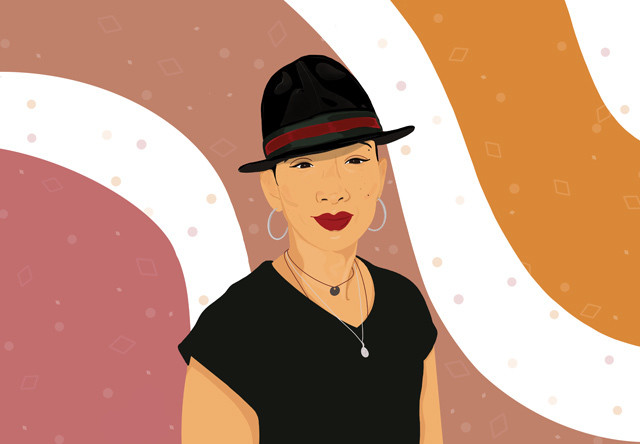 IN HER AUTOBIOGRAPHY The Baddest Bitch in the Room (out September 8), music industry veteran Sophia Chang describes how she first developed the careers of the Wu-Tang Clan and A Tribe Called Quest, before developing her own body and mind through the practice of kung fu. Here, she lets us in on the music she used to get into the write frame of mind.

“I’d Do It All Again” by Corinne Bailey Rae

This is the song I listened to non-stop after I lost both my father and my friend Chris Lighty (God rest their souls) within the span of six weeks. It is a tale of grief, but also of no regret, that honors the love that was.

Their whole first album is inspiring, but this song lit my writing fire more than the others. The fearlessness and defiance resonated deeply with me.

I have a disco playlist that includes songs by Tavares, Patti LaBelle, the Bee Gees, and Sister Sledge. The music of that era is both a source of nostalgia and inspiration because it makes me dance.

I grew up listening to Bowie and the range of his material—from “Young Americans” to “Changes” to “Ashes to Ashes” strikes so many chords at so many levels.

“I’m Every Woman” by Chaka Khan

I believe this one is self-explanatory.

"Mordechai" Showcases Khruangbin At Their Best

"Patience" By Mannequin Pussy's Tackles All Those Post-Breakup Feels