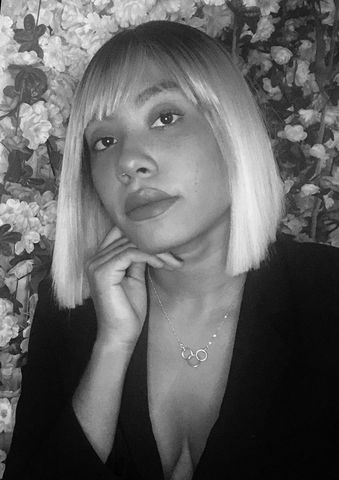 Crescendos cascading in your ears, shrills of keys playing, ensemble of drum beats and eerie vocals rack up in your brain. No, you’re not on acid and listening to your popcorn ceiling telling you that you need to go vegan: you’re listening to Real Clothes’s Precaution.

A Black queer musician based in Brooklyn, New York, Nico Fox, also known as Real Clothes (and a Leo) delivers a hauntingly beautiful album in the midst of a world riddled with a global pandemic and surviving extreme police brutality and violence. The album dropped August 7, with seven tracks including “Lazaretto,” “A Brief Moment of Silence for the Dead,” and “Taiping Rebellion,” all featuring beautiful arpeggio releases and sensational tempos. Named under the genres of avant-garde, dark pop, new wave goth and folk electronic, Precaution delivers Fox's present-day makeup: feeling the loss of lives, the effects of being Black in 2020, and understanding where our minds go when we are feeling trapped in our homes.

Influenced by EBM Industrial, Bulgarian choir, and world music, Fox started Precaution last November during a pre-COVID-19 era. “It lived in the back folder on my hard drive. Once COVID-19 hit and everything got a lot slower... there's so many Netflix shows and video games you can do,” Fox explained over Zoom. “I started to revisit instrumental music. Being depressed and that I can’t sleep, I wanted to put these ideas in audio form.”

The album’s themes revolve around the effects of quarantine and what happens both being inside and stepping outside. Fox describes “Lazaretto” as being about someone stuck in their house and unable to get out. Meanwhile, “Parable of the Choir,” the second track off of Precaution, revolves around exes texting in the middle of the night (cues horror music). “I took some of the ideas from my last album and had an idea of a woman empowered by magic. And the focus was that we are all alone at this time and we are reaching out to people we shouldn't be reaching out to” said Fox.

Another song featured on Precaution holds a very powerful meaning. A melancholic soft tremble of piano with choir harmonies gently swaying in the background is one of the more solemn tracks off Precaution.

“The song is 'A Brief Moment Of Silence For The Dead.' And it's a brief piano piece that I came up with, the only song I've ever done like that. 170,000 people are dead. We haven't any day of remembrance or any reactions from it,” Fox said. She mentions the inspiration came while walking through Greenwood cemetery. “I was thinking and having silence for that. I feel like once a month we should have an hour of silence for the dead. The album itself is upbeat, but I wanted this to break it up and be more quiet. I didn't want to sing on it, I wanted it to be a place of reflection.”

Black culture has been one of the most influential forces in this country, whether it be from language, music, food, fashion, politics — you name it. But as we have seen throughout centuries and centuries, the erasure of Black and Brown people’s creativity, accomplishments, and contributions go both unnoticed and is ongoing. And if it is celebrated, it is a palatable version that is only perceived through the white gaze. Fox says there is an idea of Blackness as a monolith within the music industry.

“Blackness commodified as culture by pop media, U.S. culture and it is a global issue. You can only be marketed and seen as one thing,” Fox explains. “Look at the Grammys, if you don't fall under certain categories, you are not going to be there.”

Fox gives a shout-out to the Internet, noting that it allows her to put her music online and people can access it. But still, the music industry is continuously promoting an inherently capitalist idea of art and productivity. And, of course, whiteness.

Being an artist is only recognized through both productivity and/or privilege. And what Nico also calls gatekeeping. “Like, where is the gauge for what is considered good or marketable? And I have a lot of frustration with that,” she said. “I think there is this focus especially with white music executives/labels where there is this commercialization of music. No focus on creativity. What I'm saying is there is this idea that if you can't make money off art then it’s not valid or worth being promoted, it's not worth being seen.”

In turn, this album is significant for Fox. The title is referring to the fact that our current situation is “something we could have taken precaution for.”

“I felt like I had to create something that encapsulated how I was feeling. And when COVID-19 hit New York, I felt I had to finish it now. It is very important to me, I want to put that in a piece, here and now,” Fox explained. “And I see a lot of artists both independent and mainstream are making music as a form of escapism, and I'm here for that. You know, I love that but I'm thinking about the people who are here and now and can’t escape it, like myself and need to process it here.”

Precaution is a powerful testimony, a musically lush trill that combines poetry and sound that evokes resonance, somber and play. Nico Fox’s experimental avant-garde music is a great way to tap into a melodic collective, especially during these unprecedented times.

You can stream Precaution on Spotify, Apple Music/iTunes, Tidal, Amazon Music, YouTube Music, and Pandora. Check out the animation trailer teasers here. To keep up with Nico, follow her on Instagram @realclothes.wav and visit her website. Donate to mutual aid orgs in NYC here.

"Sun Racket" Is A Standout In Throwing Muses' Musical Canon

Saints And Sinners: The Madonna-Whore Complex In "Yes, God, Yes"