The Great Awakening: Punk Icon Mina Caputo on Being Trans, a Hardcore Pioneer, and on a Different Frequency 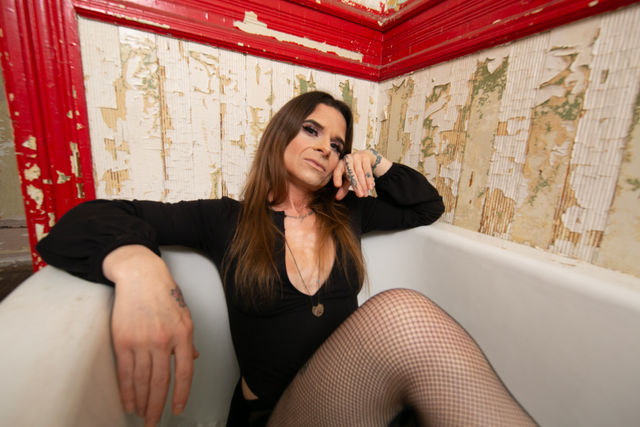 To most casual music fans, Laura Jane Grace of Against Me! is the face of hardcore and punk transness, the woman who came out and started it all. And while those accolades are well deserved, those less familiar with underground music often miss the story of Mina Caputo, a metal vocalist best known for her time with Life of Agony.

For those not familiar, Life of Agony are a seminal hardcore band from New York in the ’90s, one of the bands credited with starting the genre. Although Wikipedia classifies the band as metal, Caputo doesn’t identify with metal, but with punk and hardcore. And if you think Grace had a hard time coming out in the punk scene, you have a good idea of what to expect from the macho, mean streets of New York City.

“Back when I was growing up, there was no room for even wearing nail polish on your fingers,” Caputo tells BUST. “So, I had a very, very difficult time. Also, I came from a very stereotypical, cliche, Italian family, and was raised mostly by my grandparents, no less. So, I was beat up for every little thing. If I came home with dyed red hair, I was beat up and punched and abused. If I expressed anything feminine, I would be beat up and ridiculed.”

While Caputo remembers her early days in music and her upbringing as violent with no room for femininity, she feels like there’s still some hope, which we’re starting to notice more and more.

“I mean, we’re all the victims of bad programming,” she continues. “That’s why I’m so excited about what is happening in the world right now, and it's happening at an accelerating pace. The great awakening is happening in many, many minds and hearts across the world.”

That may sound simple, but it took years for Caputo to reach that level of zen. Her secret? Courage to love herself and to see past the bullshit.

“It took many years to sculpt the idea of courage,” she says. “And it's more courage than anything else. Once you muster up that courage, you become extremely fearless. I mean, at least I did. It takes practice, and it takes self-love, and it takes a lot of self-appreciation and self-compassion and forgiveness. It’s not just an overnight process.” 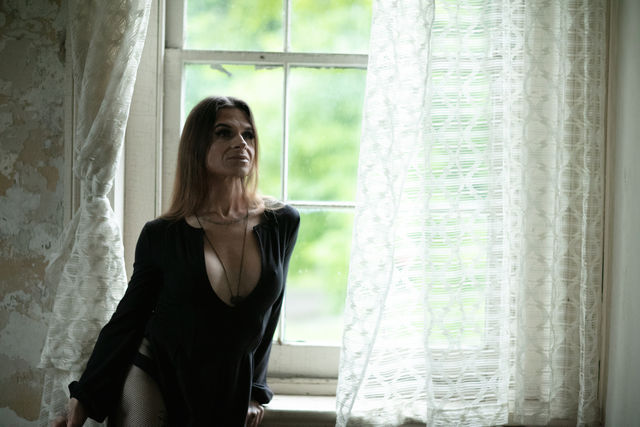 Still, despite having that courage, Caputo realizes sometimes it’s deeper than that. Trans people are still being murdered at an alarming rate, and it’s not always safe to not “pass” in straight society. Since coming out, she feels she’s lost a lot of fans, and knows for a fact that she’s faced a lot of discrimination and adversity. But she has managed to see past it.

“I don't play this game. I'm tired of it. I think humanity is fucking stupid,” she starts. “Although, I still do have faith in humanity because I'm definitely seeing a lot of people have a great awakening, something more than the horror that the media sells every day because that's just bullshit. That's just designed to keep your biology in a stressful state.”

She also has some advice for trans people today – or really, for any marginalized person trying to survive our dystopian reality.

Life of Agony’s new album, The Sound of Scars, is out now via Napalm Records.

Addison Herron-Wheeler lives in Denver, Colorado and is editor of OUT FRONT, Colorado's LGBTQ media. She's also web editor of New Noise magazine and author of Wicked Woman: Women in metal from 1960 to now. Her short story collection, Respirator, is out now on Spaceboy Books.