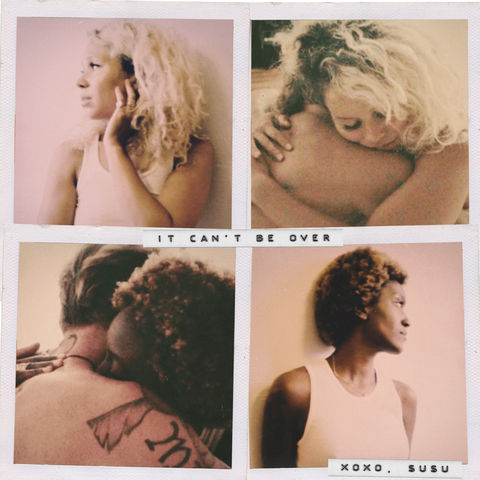 BUST is excited to exclusively premiere SUSU's new song and video, “It Can’t Be Over.” The song is the lead single off of their upcoming debut EP, Panther City. The single is a catchy tune about not wanting a relationship to end, featuring soulful guitar and rich vocals.

The New York-based band is known for blending of rock ‘n’ roll and soul. SUSU, led by Liza Colby and Kia Warren, combines Liza’s psychedelic sensibility and Kia’s slow-burn aesthetic. Of the band, Liza says, “We aren’t shy about being black women in Rock and Roll. There is an aliveness, an awareness, and a spirituality to SUSU that are both timely and timeless.” The band’s music explores themes of femininity and sexual energy.

“It Can’t Be Over” recounts a classic battle of the heart. The song asks the question: how do we choose to love while fighting for ourselves? The music video, premiering today, shows both frontwomen dealing with different relationships and fighting through them.

You can watch the video below and check out the band’s website here.

Tags: SUSU , music , band , music video , premiere , music , music video , premiere
Support Feminist Media!
During these troubling political times, independent feminist media is more vital than ever. If our bold, uncensored reporting on women’s issues is important to you, please consider making a donation of $5, $25, $50, or whatever you can afford, to protect and sustain BUST.com.
Thanks so much—we can’t spell BUST without U.