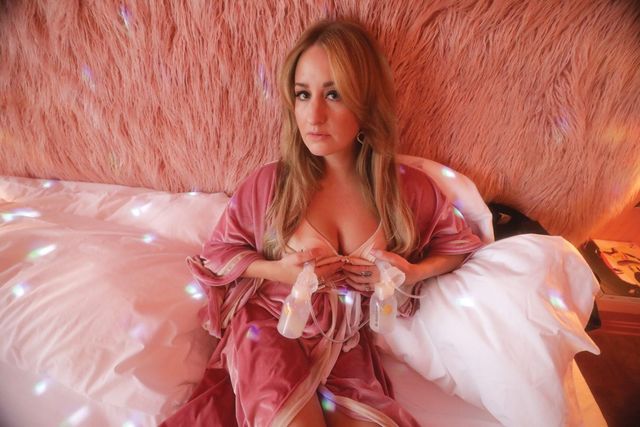 Country crooner Margo Price opens up about the perils of manufactured music, making career moves as a mama, and turning relationship trash into lyrical treasure

My chat with Margo Price takes place under less-than-ideal circumstances. The country music singer-songwriter is quarantined in her home with her husband and two children on the rural outskirts of Nashville, TN, readying for the premiere of her third studio album, That’s How Rumors Get Started. The project was slated for a May 2020 release, but due to a global pandemic, it’s been delayed. The Grammy-nominated artist is disappointed by the news, though isn’t pressed.

In many ways, Price is country music’s anti-star. Born in Aledo, IL, she didn’t have the typical Southern upbringing of those who came before her. Rather, she gravitated toward country music herself, after moving to Nashville at age 20. Perhaps that’s the true heart of her allure: she loves country music, yet doesn’t consider it to be her birthright, leaving her open to crafting a sound that at its core is still country, but lives on the edge of rock. This has inevitably broadened her appeal, but her boldness and honesty are just the icing on the cake of a well-rounded, bad-ass artist.

Her first two projects—2016’s Midwest Farmer’s Daughter and 2017’s All American Made—garnered significant praise. They both cracked the Top 15 of Billboard’s U.S. Country Charts and hit the number-one spots on the Country Charts in the U.K. Those successes have created huge opportunities worldwide for the 37-year-old, from performing at the famed Glastonbury Festival to the highbrow Tibet House concert at Carnegie Hall. Honors like these are typically reserved for crossover country artists who repackage themselves as pop stars, but that’s never been Price’s mission. With a high, clear, crystalline voice evocative of country legends like Dolly Parton and Tammy Wynette, her sound is more at home in the sepia-toned past than in the futuristic glare bathing today’s dance-floor divas.

When I catch up with Price, she has just lost her friend and mentor John Prine the day before to COVID-19, a devastating blow. Throughout our interview, while she’s cautiously optimistic about the seasons ahead, she still pauses in between thoughts when Prine enters back into her mind. The goal was to take the day for a little bit of normalcy, while finding happiness in hanging with her family and working on a handful of outside-of-the-box projects. She’s managed to find her own creative bright spots during quarantine through this work—including an attic version of NPR’s “Tiny Desk” concert series with husband Jeremy Ivey, the launch of her own radio show, Runaway Horses, and headlining VICE’s livestreamed Noisey Night In Music Fest. Yet, the magnitude of this pandemic has hit her on a personal level; it’s an understandably difficult balance to strike. Here, she speaks candidly with BUST about her year, her career, and trying to keep it all together.

How are you holding up during this quarantine?

We’re doing pretty good. The kids are keeping us kind of focused on staying upbeat and getting out of bed and carrying on. We live out in the country, so that’s at least good that we can go out on walks with the kids and be outside in the yard and not have to be around people. A lot of times, we don’t even pass people on our walks.

Is it strange for this to be happening in the world as you’re readying a new project after three years?

Yeah, I feel like it was really bad timing. I had a baby [in 2019] and I took off a lot of time for that. I was ready to get back on the road full-time, and now I obviously can’t. I feel like I’ve already been in quarantine the whole time that I was pregnant. Everyone’s like, “How are you spending your free time?” And I’m like, “Literally, just wiping butts and playing with my kids.” It’s basically a full-time day care because we don’t have anyone else to help, and we have a 10-month-old that doesn’t sleep through the night. So, I’m pretty exhausted and sad that this is happening for the world. I’m sad for everybody.

I guess the bright side to it is that when you’re releasing music now, it allows people to actually sit and absorb it in a way that they might not have been able to do before.

Yeah, I’m definitely trying to find the silver lining in it. I have known tragedy and sadness and those things before, and something good usually comes out of it, whether you can see that as it’s taking place or not. Music has been a godsend for me, because it makes my day go by and I’m able to not feel so alone through this whole thing. Listening to albums has been my saving grace during this time.

“Music has been a godsend for me, because it makes my day go by and I’m able to not feel so alone through this whole thing.”

What have you been listening to?

How do you feel you’ve evolved from Midwest Farmer’s Daughter to That’s How Rumors Get Started?

I definitely wanted to do something different from my last two albums. That’s why I had a completely different band; I wanted to have a new sound and kind of reinvent myself again. I was going for a ’70s rock ‘n’ roll West Coast album instead of country songs. We were writing from a different place after going through different things in the past three or four years. I was pregnant during the time we were recording it, and so I felt like I was able to reflect on a lot of stuff. I was obviously sober, so I was in a different mindset from when I was writing Midwest Farmer’s Daughter years ago.

I heard that the tone of your voice changes when you’re pregnant. Is that a real thing?

I don’t know, I definitely wasn’t smoking anything during that time, so it was bound to have changed [laughs]. I felt like I had a lot more range, just because I was being so good to myself. The hardest thing while you’re pregnant, though, is when you get to the very end when your diaphragm is, like, all smushed and you can’t breathe.

How has motherhood changed you as an artist?

As soon as I became a mother, I was full of worry [laughs]. I don’t know if that changed me as an artist, or as an all-around human. I feel like my kids have made me a better person. I had twin boys a decade ago, and I lost one of my sons. He had a heart defect. It was really devastating, and I struggled a lot with how to cope with that, and I just recently had a daughter. So now I have a nine-year-old and a ten-month-old. There was this pull in me, like I couldn’t have kids at all, because I wasn’t going to be able to travel and focus on my career and not have any worries. The other part of me was like, “Of course I want kids! I don’t want to miss out on that experience.” Sometimes you just don’t really get to decide for yourself.

It feels like as women we are made to feel that it’s one or the other, and it’s great that you’ve been able to prove you can do both.

Yeah, definitely. I’ve tried my best to make it work, and my kids—both of them—have traveled to a lot of places. I think they’ve learned a lot from the experience, and really don’t know anything different, so just them growing up on a tour bus is what they’ve known.

“As soon as I became a mother, I was full of worry.”

How do you manage being married to your creative partner?

It does get a little intense raising kids with someone when you’re with them 24/7, traveling and working together. Luckily, we love each other and have been to hell and back. I wouldn’t be here if it wasn’t for him supporting me. He sold his car to pay for my first record. He stays home with the kids when he needs to, he comes out on the road with me. We’ve had our moments. There was this one time we were having a really bad fight. We were in the kitchen and I was like, “You’re an asshole! I can’t stand you! I want a divorce.” And he was like, “Oh that would be a great song title.” Then we wrote a song that’s like, “You’re an asshole, I can’t stand you and I want a divorce.” It inspires the good, the bad, and the ugly. Truly.

Big Freedia Opens Up About Beyoncé, Bounce, Being Black in New Orleans, and Her Boo: BUST Interview