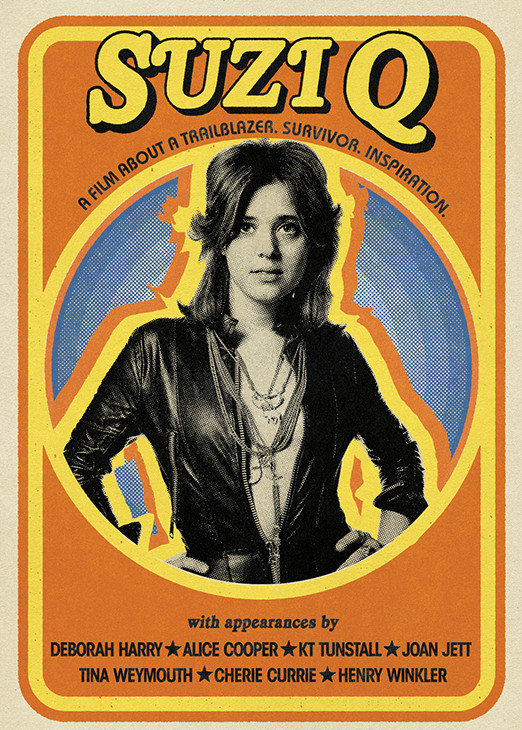 Suzi Quatro was a young bass-playing, singer-songwriter spitfire who shot out of Detroit in the mid-1960s. The new documentary, Suzi Q, explores MQuatro’s life from her beginnings with the all-women band The Pleasure Seekers to her international solo success.

After being discovered by record producer Mickey Most, Quatro left her hometown of Detroit and moved to London. For two years, Quatro and Most tried to come up with what her exact sound and image would be. She then decided that she wanted to wear leather like her hero, Elvis Presley, and her infamous black leather jumpsuit was designed. Quatro was ready to conquer the world and that’s exactly what she did. In 1973 the single off of her first album, Can The Can, was a huge worldwide hit (except for in the U.S.). Her career took off, allowing her to become the iconic artist she is today.

One characteristic of a great documentary is the amount of film, video footage, and still photography included. Suzi Q is chock-full of such imagery from Quatro’s early family life through to her present day. It’s all expertly mixed with testimonials from Quatro’s sisters, ex-husband, and music industry luminaries. There are also interviews and clips from various musicians who know and or have been influenced by Quatro, including Alice Cooper, producer Mike Chapman, Joan Jett, Debbie Harry, Chrissie Hynde, Talking Heads’ Chris Frantz and Tina Weymouth, Kathy Valentine of The Go-Go's, Donita Sparks from L7, KT Tunstall, and even Quatro’s Happy Days costar, the Fonz himself, Henry Winkler.

The interview segments with Quatro display her temperament as being honest, insightful, and thoughtful. She was never deterred or derailed by anyone, including her family or husband. Quatro persevered regardless. Another stand-out feature is that Quatro was propelled by a combination of confidence and stability, rather than traits like arrogance and insecurity. This is why her directness and no-bullshit approach is so refreshing, especially in these extremely manufactured times.

So if you’re unfamiliar with Suzi Quatro’s life and music, this a great introduction. This film not only elaborates on Quatro's importance as a trailblazing musician, but explores her music's influence and how much she rocks.

Suzi Q is available for viewing at all major VOD platforms (iTunes, Amazon) and on DVD. For more information, please go here. 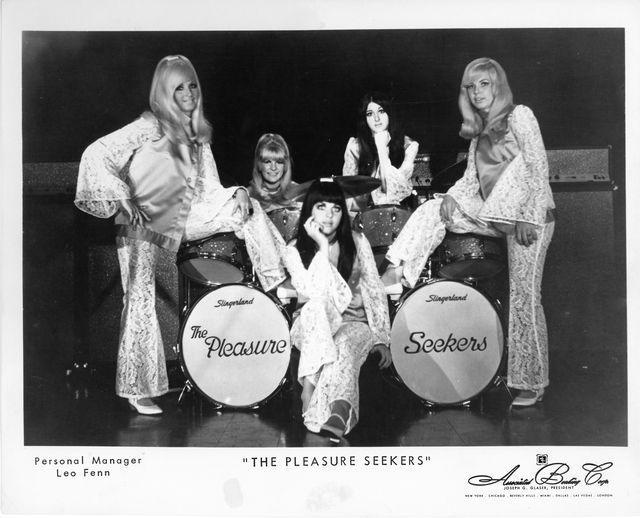 Hayley and The Crushers Serve Nostalgia on "Vintage Millennial"

Tags: Suzi Quatro , rock n roll , music documentary , Joan Jett , Kathy Valentine , Talking Heads
Support Feminist Media!
During these troubling political times, independent feminist media is more vital than ever. If our bold, uncensored reporting on women’s issues is important to you, please consider making a donation of $5, $25, $50, or whatever you can afford, to protect and sustain BUST.com.
Thanks so much—we can’t spell BUST without U.