Details
BY Leslie Lyons
IN Music
Published: 21 May 2020 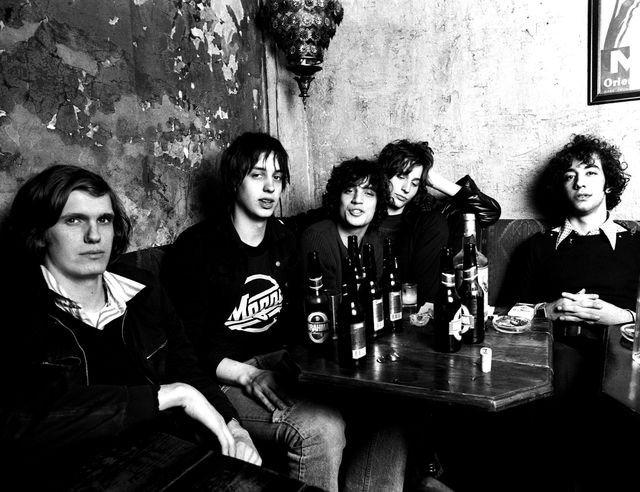 For the first time in 20 years, I have time to reflect on some of the pictures I have made: for bands, for magazines, for myself. This quarantine is affecting everyone in both individual and collective ways. I feel lucky this is how it is affecting me. Certain images are bringing back my time as a photographer just starting out, and how the culture of New York then has become part of my DNA.

As most of us were getting our first emails in the late '90s, the music scene in New York City — especially in Manhattan below 14th Street — was operating like a speakeasy. Even though only 100 or so people knew about it, it didn't feel like anyone was trying to be exclusive. We just didn't think the world was interested in what we had to offer. And we didn't care. If the energy was right on any given night that's all that mattered. If I could capture it on camera, even better.

I had been showing my portfolio to labels and music managers with not much luck. The creative director at Atlantic Records was super kind and would always see me in person and say the same thing: "I love your pictures but they're too raw. That's just not what we do here." He was in essence speaking for the whole industry, which consisted mostly of pop acts or hip-hop. Hip-hop was a great scene, but by this time, a photo shoot for a hip-hop act would involve stylists, makeup, hair, and more, and result in a specific, highly produced look. Nothing raw would fly. I didn't change my style to get work. I just kept shooting my way.

I would ask strangers on the street if I could set up a photo shoot with them. As a woman, maybe this was easier for me than the guys. I was even a mother. One day I was walking with my daughter and a young Asian woman dressed very conservatively passed us. There was something about her that caught my attention. I had no idea what it was exactly. (I never do. This is the beauty and magic of energy.) I was tired. I had been out all day showing my book around. I wanted to land at home. But the woman stayed with me. I turned and saw she had crossed the street and was about to be gone forever. I turned to my daughter and said, “Let’s run!” Maybe in the moment I knew just ‘run’ would scare her. We ran and caught up with the woman. I introduced myself, did the whole pitch, and she agreed to shoot with me. One of our images ended up on the cover of the infamous coffee table photography collection NERVE: The New Nude published by Chronicle Books.  It was brilliant that they selected this image and not just because I shot it. It was raw energy of female empowerment. She is totally naked but the nudity is almost incidental. And I had no idea the woman I met on the street that day would make this kind of picture with me. I just love this image. Here is the cover of the book and the original full image. 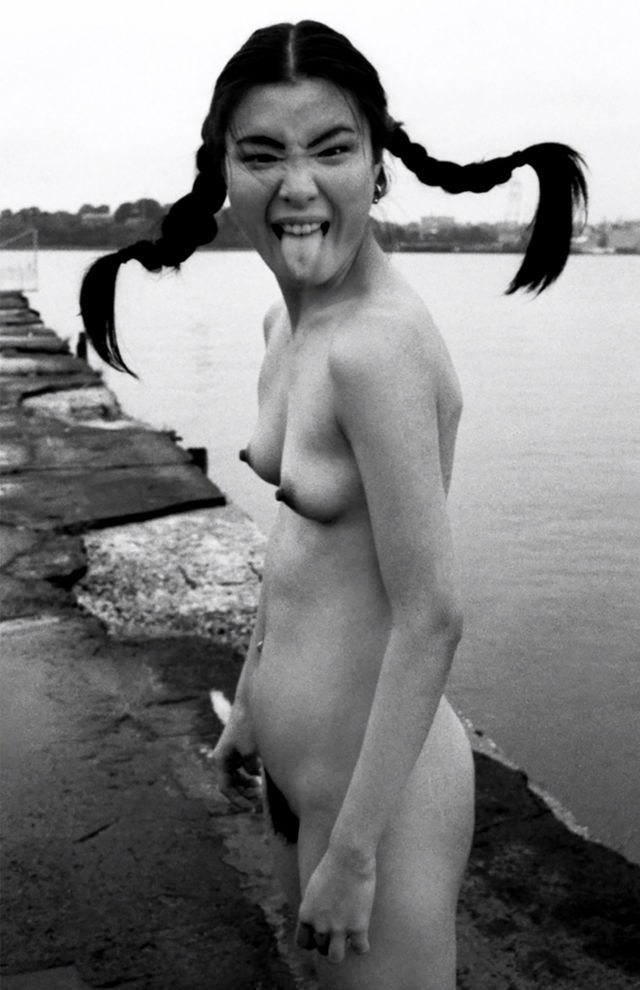 The Strokes shoot happened this way. One day, a publicist called to say he had a band I would love. He wanted to send over a three-song demo to see if I would be interested in shooting them. Of course, we all now know this as the original Rough Trade release. But I was hearing it alone in New York in December of 2000 for the first time. I remember it very clearly. I'll tell you why. Because in the early 1990s, I went to see a friend's band at the Pyramid Club and arrived early to catch the first act. It was kind of a famous show now for people who were there, including Iggy Pop. The place wasn't crowded, but when the opening band started playing the entire room ignited. That band was Nirvana. And everyone just knew. This was it. Something new had come along.

And that is exactly how I felt when I heard "The Modern Age," the first song on The Strokes' demo. I was sent the demo on a Monday and asked to come that Wednesday night to see the band live and talk about a shoot. But I called the publicist and said, "I'm in and I want to shoot Wednesday, not just come see the band." I wanted the camera to discover and capture the energy, not have it processed over time. I asked if I could get the band the very minute they stepped off stage. So, it was arranged that I could set up lights in the little room behind the red velvet curtain in the front of Mercury Lounge (a downtown club where the Strokes had a weekly residency of gigs). I also arranged for a location at Cafe Noir where we could move and keep shooting into the night. It was really the right decision but when I went to the sound check that Wednesday to meet the band, they were kind of nervous about the unplanned nature of it and I wasn't sure if it was a go. Then I remember saying (because I realized that all of this was new for them) that I was not shooting for a magazine or any press. I was there for them. I asked them to let me do whatever I wanted and if they didn't like something we wouldn’t use it. The band said yes, then it was on. Immediately, after the show we all crammed into the room along with Ryan Gentles, the band’s manager who was really like a sixth member. I love these pictures, but it was the one from later that night at Cafe Noir that really got out there. This one picture introduced The Strokes to England and that was that.

I went to London for the NME Music Festival, where the Strokes were playing in January 2001. It was just a month or so after the shoot, but by then, it was already insane. The picture had ran in the NME and other images from our shoot were everywhere. And when they went onstage, the crowd was crazy. I remember the set was almost over and Julian said, "You want more? Okay, we'll give you more." It was just like that night at the Pyramid Club. Everybody just knew.

The entire culture of music seemed to change after that. Peaches was on the bill that night, too, and she was creating a whole new genre in her own right. I was supposed to shoot Peaches at one point in New York for a magazine, although it never happened. But I started getting many shoots with labels who were trying to sign the next Strokes. Ironically, the first shoot I was hired to do for Atlantic Records was with T.I., the hip-hop artist from Atlanta.

Then I was hired by Gear magazine, a gadgets, cars, and fashion lad publication launched by Spin magazine founder, Bob Guccione, Jr., to not only shoot but interview and profile Arthur Lee, frontman for the seminal '60s band Love. Lee had just been released from prison after serving more than five years on a bogus "weapons discharge" sentence. His former bandmates had died while he was in prison and now he was touring. With Arthur Lee back on the scene — even briefly — there was this throwback energy that seemed to me somehow connected to the success of the Strokes, which then spawned so many other bands' success during that time. 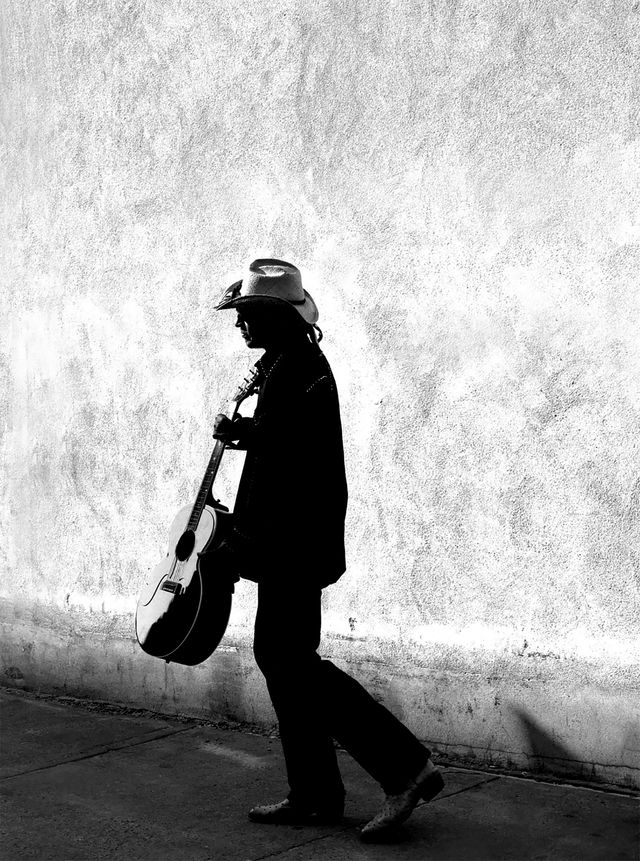 By mid-decade, I was hired to shoot Sonic Youth for the cover of CMJ's New Music Monthly and also James Murphy of LCD Soundsystem for an inside story. It was a creatively charged time; shooting the bands that were reshaping the music industry and also the bands and artists who set it in motion over the previous several decades. I’m grateful to have been able to collaborate on images with those whose passion for making music is equal to mine for making pictures. But my head was never ‘in the game,’ as they say. It was always just about connecting with people and producing provocative images. It didn’t matter to me if you were a stranger on the street or a celebrity. When I walked into the lobby of the Tribeca Grand Hotel for the shoot with James Murphy, I asked some guy sitting by himself if he was the writer from CMJ who was doing the story.

It was James Murphy. 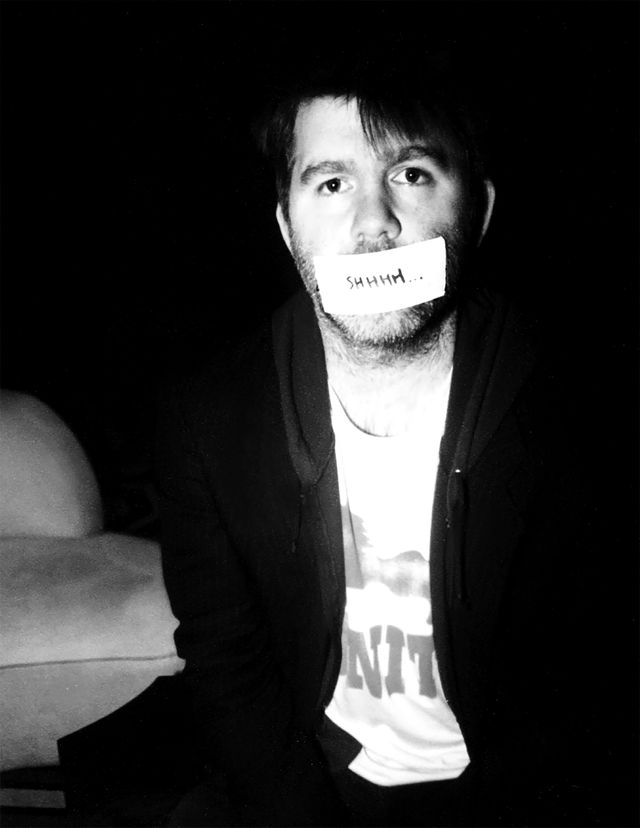 The Regrettes Get Bigger On "How Do You Love?"

Hi, I’m Leslie. I take pictures and tell stories. Some people and organizations I have done this with include Atlantic Records, Bumbershoot Festival, Columbia Records, the FADER Magazine, Mute Records, The New York Times, Pioneer Works Center for Art and Innovation, Sozo Artists and VIBE Magazine. You can find me at www.leslielyons.com and on IG @studioleslielyons.

Tags: Leslie Lyons , LCD Soundsystem , Sonic Youth , The Strokes , Julian Casablancas , music photographer , music photography
Support Feminist Media!
During these troubling political times, independent feminist media is more vital than ever. If our bold, uncensored reporting on women’s issues is important to you, please consider making a donation of $5, $25, $50, or whatever you can afford, to protect and sustain BUST.com.
Thanks so much—we can’t spell BUST without U.