Details
BY Nadia Gapur
IN Music
Published: 22 May 2020 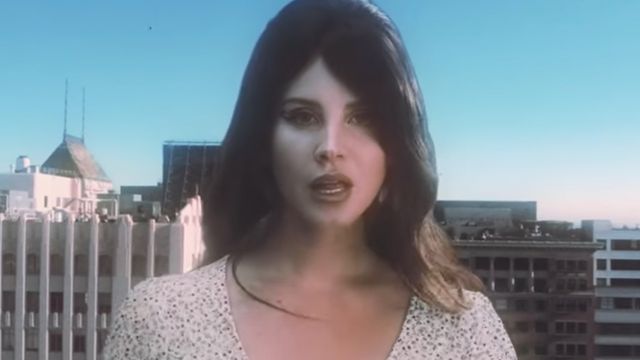 If only Lana Del Rey could just promote her new music without having to drag other women musicians. Del Rey, who is known for her melancholic songs such as sleeper hit "Summertime Sadness," made her unfiltered thoughts about fame, feminism, and the music industry known in a Thursday Instagram post. "[I'm] fed up with female writers and alt singers saying that I glamorize abuse when in reality I'm just a glamorous person singing about the realities of what we are all now seeing are very prevalent emotionally abusive relationships all over the world," Del Rey wrote. "I think it's pathetic that my minor lyrical exploration detailing my sometimes submissive or passive roles in my relationships has often made people say I've set women back hundreds of years."

However, Del Rey became embroiled in controversy for opening her Instagram by name-dropping musicians including Doja Cat, Cardi B, Kehlani, and Beyoncé, who "have had number ones with songs about being sexy, wearing no clothes, fucking, cheating etc." While there's nothing wrong with how Del Rey wants to portray her own experiences and show the duality of women, bringing other musicians into it — musicians she then claimed "are my favorite singers" — is very wrong, as users on Twitter (and in Del Rey's comment section) quickly noted.

Yes, conversations about misogynistic double standards ARE important. But don’t make yourself a martyr for the cause by bringing down other women to make a point. Feminism is already for delicate cisgender white women, Lana. You’ve had a place at the table for a long time.

Yes, she is allowed to defend herself against critics that have called her music out for being anti-feminist just because she is sharing her own experiences. But the women Del Rey mentioned all face misogynistic criticism and trolling, too — not to mention, almost all of the artists she listed are women of color, which makes them susceptible to even more scrutiny. Not only have they all worked hard to reach the level of fame that they have, but it's not exactly like Del Rey hasn't been successful in her own career. Her most recent album, 2019’s Norman F---ing Rockwell!, was arguably one of the best-reviewed projects of the year.

Lana blatantly ignoring the criticism Beyoncé, Nicki, and other black women have received (and continue to) for being confident in their sexuality doesn’t sit right with me. Commercial success hasn’t made them exempt from misogynistic attacks masked as constructive criticism.

Del Rey released a statement after receiving pushback online. "The singers I mentioned are my favorite singers, so if you want to try and make a bone to pick out of that like you always do be my guest," she said. "I fucking love these singers and know them."

Whitney Houston is Finally Getting a Hollywood Biopic

Tags: Lana Del Rey , pop music , music industry , double standards
Support Feminist Media!
During these troubling political times, independent feminist media is more vital than ever. If our bold, uncensored reporting on women’s issues is important to you, please consider making a donation of $5, $25, $50, or whatever you can afford, to protect and sustain BUST.com.
Thanks so much—we can’t spell BUST without U.