Details
BY BUST Magazine
IN Music
Published: 08 May 2020 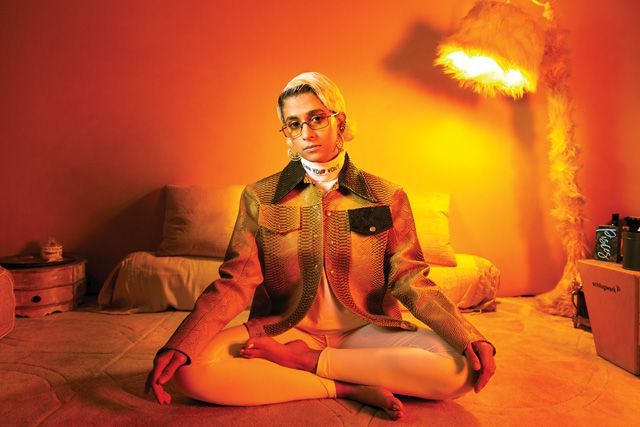 Madame Gandhi’s record release party for her EP Visions had all the trappings of a cool-as-shit happening—a sick Hollywood location, insanely stylish attendees, Instagrammable neon signs—except one: alcohol. Later, over dinner on the rooftop of a building in downtown Los Angeles where she’s based, Gandhi relays the reason for her rule that band members aren’t to drink before or during a performance. “I want to give the audience the gift of my own clarity,” she says. “And I’m not anti-alcohol, I’m anti the fact that in low-income communities, there will be three liquor stores before there’ll be a healthy option...that’s not an accident. It’s not really some righteous-type shit. I like to have a drink. It’s the bigger picture that upsets me, so it feels radical to perform sober.”

Gandhi, 31, known offstage by her first name, Kiran, is no stranger to radical ideas. In 2013, she was best known as M.I.A.’s drummer, a gig Gandhi nabbed while working at Interscope Records by convincing a higher-up to send the Sri Lankan rapper a homemade video of her drumming. Then in 2015, she went viral when she ran the London Marathon while free bleeding to raise awareness about global menstrual issues and stigma. Since then, she’s become an electronic musician in her own right, and has found a worldwide platform for her activism as an outspoken feminist.

It’s an identity she’s been claiming since childhood­—a time she spent in both N.Y.C. and Mumbai. “I used to just put my hands in the air and say ‘feminism!’” she says with a laugh. This was thanks, in part, to the Spice Girls. “As a young person they affected me so positively, that’s why I choose music as my medium for change,” she says. “It wasn’t like a Hillary Clinton speech was reaching me as an eight-year-old. The Spice Girls were. And what’s reaching eight-year-olds now? Billie Eilish and Taylor Swift and Lizzo.” 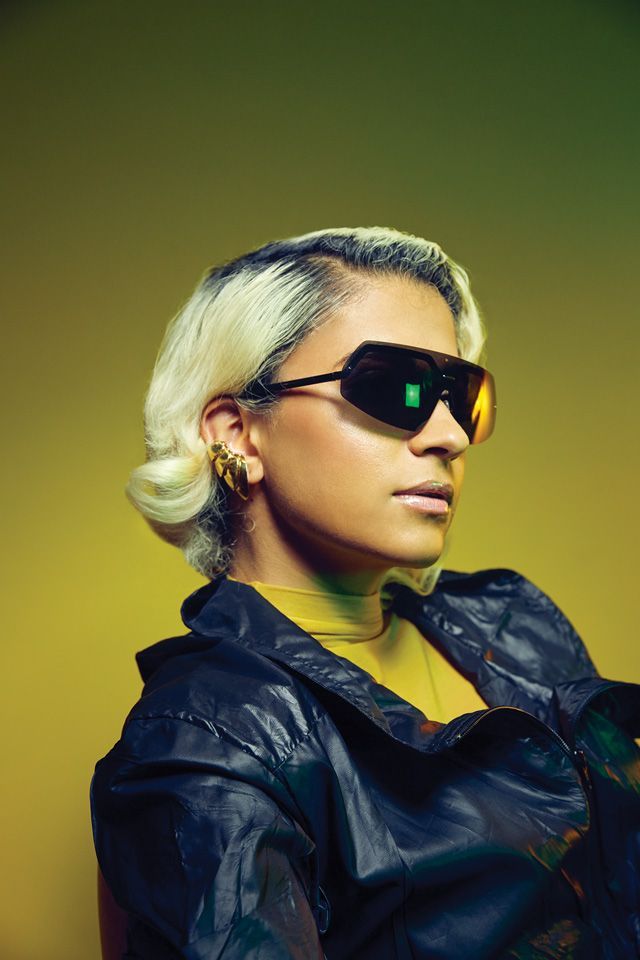 Sunglasses by Matsuda; jacket by Ottolinger

After majoring in math at Georgetown, Gandhi was drumming with both M.I.A. and Thievery Corporation while getting her MBA at Harvard. But now, making her own music is at the forefront of Gandhi’s life, and Visions, her second EP, is a feminist dream. Take, for instance, the song “Top Knot Turn Up,” an anthemic banger with a heavy Brazilian trap beat about throwing your hair on top of your head and getting down to business fighting the patriarchy. (The video features an epic hair piece sculpted into the shape of the internal reproductive system.) “For me, the thing that defines the fourth wave feminist movement that we’re in right now, is that we are valuing femininity,” she says. “Past feminism, and rightfully so, taught us to masculinize ourselves in order to fit into the workplace, in order to be considered for that promotion, in order to break into hip-hop—but we’re not here to masculinize ourselves in order to be accepted by men,” she says of her new work. “In my opinion, we actually have to go and start our own genres, our own businesses, our own magazines, whereby we control the standards of what we’re defining as successful or valuable. Because once femininity doesn’t connote lesser privilege than masculinity, then gender doesn’t matter altogether. It’s irrelevant.” 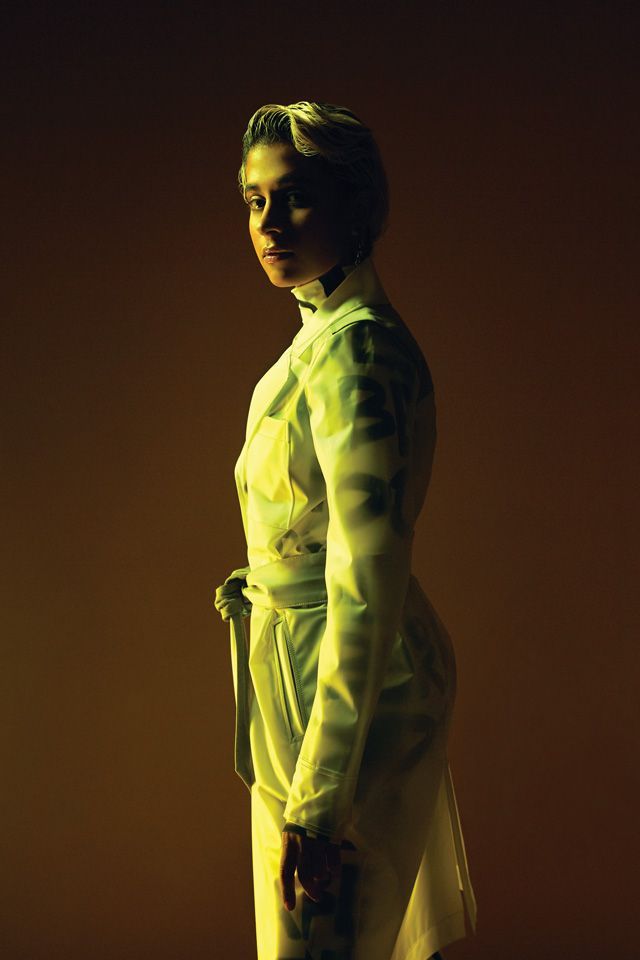