Pale Lips Challenge You To A Dance-Off In New Music Video For “The Kids”: BUST Premiere 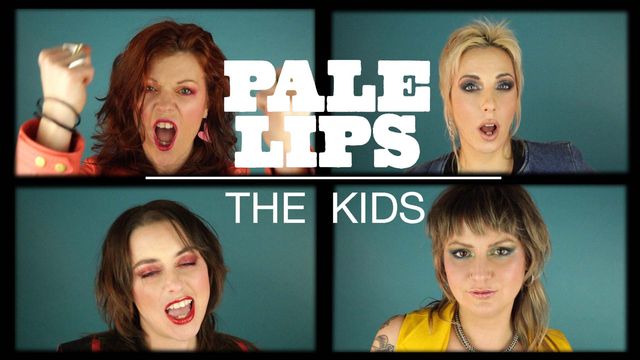 There are a lot of rules in the era of COVID-19. Don't gather with your friends. Don't go outside (unless you're looking for TP or sustenance). Don't touch your face. Don't you dare eat that unwashed apple! Although we can all agree that these temporary guidelines are for the greater good, this strange new world can feel pretty oppressive at times.

You might even go so far as to compare it to the humorless town from the ’80s flick Footloose, where dancing, teen hijinks, and general fun had been all but outlawed. Not to worry: Montreal rock 'n' roll troublemakers Pale Lips have just the moves to inspire a pants-off dance-off within the safety of your apartment. The group's new video, “The Kids,” is full of perky footwork, harmless head banging and goofy grins.

“The song was inspired by the feeling you get from listening to your favorite rock 'n' roll song and getting pumped up to do anything,” said bassist Radu.

The second single off the band's well received 2019 sophomore album After Dark, the tune is a rallying cry for anyone who hasn't quite figured out TikTok, yet still wants to shake off a mad case of the blues. A cocktail of Ramones-style humor, Undertones sweetness and Nikki and the Corvettes sass, Pale Lips may have whipped up the cure to our collective couch potato malaise. Hunker down, crank it up!

The Pale Lips album After Dark is streaming everywhere now. The album is also available on vinyl in the USA via Spaghetty Town Records, Europe via Alien Snatch! Records, Canada via Gods Candy Records, and Japan via Waterslide records (CD only). All music produced, recorded and mixed by Ryan Battistuzzi and mastered by Harris Newman.