The Dixie Chicks, My Texan Feminist Heroes, Are Back With a New Song 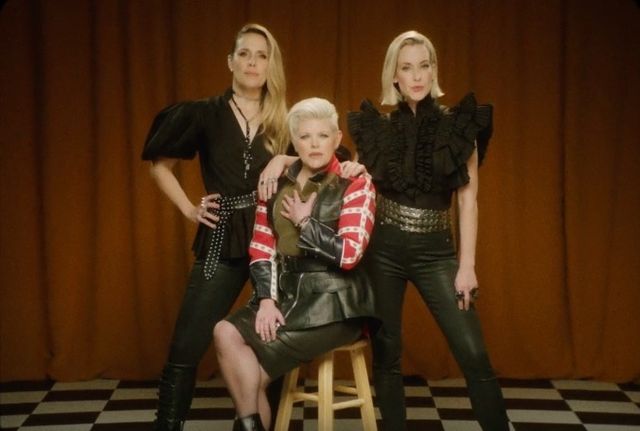 I have been a Dixie Chicks fan practically since birth (the theme of my third birthday party was Little Ole Cowgirl, named after one of their songs). I am also from Texas, meaning I feel a certain kinship toward the band which intensified after Natalie Maines uttered those immortal words — “We’re ashamed the President of the United States is from Texas” — at a concert in 2003.

Now, the group that is tied with Destiny’s Child for the title of “Best Texan-Born Musical Trio With the Initials D.C.” is back, baby! Their new song “Gaslighter” is their first release in 14 years, and it’s apparent that the group is still as politically vocal as ever — we certainly have no shortage of powerful gaslighters out there. In fact, when I saw them on tour in 2016, their visuals included a montage of shitty men, like Trump and Ted Cruz, displayed during “Goodbye Earl.” At that moment, I felt spiritually whole.

The Dixie Chicks’ bold declaration of their anti-war beliefs to an audience of ultra-conservative country fans, and refusal to apologize or back down in spite of death threats and plummeting sales makes them more punk than any band of straight men. In this essay I will

Speaking on the Spiritualgasm podcast last year, lead singer Natalie Maines reveals: “Our last album was the most personal and autobiographical we’ve ever been...and then this one is 10 times that.” The Dixie Chicks last output was their 2006 album Not Ready to Make Nice, spawned by the immense outrage the group received for speaking out against the war in Iraq. Because it wasn’t just a little. Reminder, many conservative country fans turned on them, burning their CDs and calling into radio stations to ensure they wouldn’t get airplay. They recieved multiple death threats and faced backlash from their peers as well, like how “fellow country star Toby Keith famously joined the fray by performing in front of a backdrop that featured a gigantic image of Natalie Maines beside Saddam Hussein.” Though their career took a hit, they still soldiered on and refused to back down from their beliefs.

Anyways, listen to the song and watch the video below: