#FREEMEG and The Long History of Women Fighting Record Labels 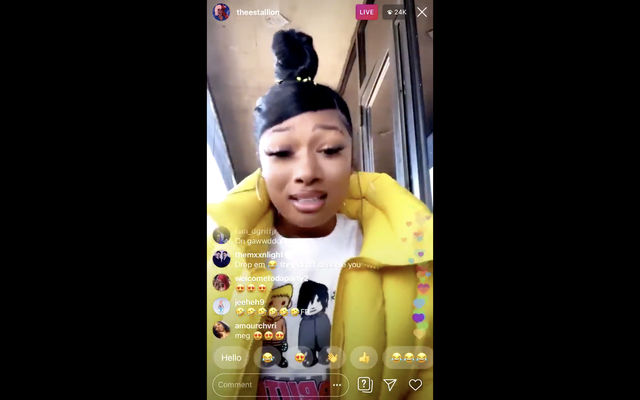 On Instagram Live this Sunday, Houston rapper and world-renowned Hot Girl, Megan Thee Stallion told fans that her label 1501 will not let her release music anytime soon because she asked to renegotiate her contract. She explained close to tears that she was really young when she signed the contract and that she was signed to independent labels. Megan said, “Anything you see me do, it’s because I woke up and did it that day.”

Megan addresses how her label, ‘1501’ isn’t allowing her to release music for the time being ? #FREETHEESTALLION #FREEMEG (via @jaylawayla13) pic.twitter.com/tSDGNBJQyn

Fans rushed to her page to show their support for Megan and the hashtag #FREEMEG began trending on Twitter. A lot of people pointed out how common these fights with record labels were for women in the music industry.

When someone questioned why she didn’t ask a lawyer to read over the contract and that the “excuse” was getting old, British rapper Nadia Rose of 2016 hit “Skwod” pointed out how even when lawyers are present the labels still “fuck” them over.

I signed @ 22, had a lawyer, we had how many meetings, read through the contract together how many times. We edited things, negotiated, went back and forth til the contract was how I wanted it - the label still FUCKED me. Knowledge or not, these labels shady as Hell. #FreeMeg https://t.co/D6XU2w5NdR

This isn’t the first time that women, especially women of color, have had to fight a lot harder than their white, male counterparts when it comes to achieving their goals. Celebrities like Kesha, Tinashe, Taylor Swift, Sky Ferreira, JoJo, TLC, Toni Braxton, and more have had to deal with horrible record labels that threatened or halted their careers.

Sky Ferreira posted on Instagram about her experience in the male dominated industry in reaction to Taylor Swift’s recording label issues. Ferraire said in her story, “I signed contracts when I was 15 & I’m still paying the consequences for it. Every contract I have ever signed has always been set up to take advantage of me/my work in some way.”

Tinashe left RCA Records in January of 2019 after a rocky seven-year relationship. On social media, Tinashe expressed concerns that the label focused more on her labelmate ZAYN and delayed her sophomore album Joyride. She also explained to Lena Dunham the toxic environment she experienced under RCA.

Both TLC and Toni Braxton signed very bad contracts with LaFace Records that delayed royalty payments. Despite being popular singers with incredible hits that grossed millions, they both had to file for bankruptcy because their label took advantage of them.

Music is a $19.1-billion-a-year business in which men hold about 68% of the job and the majority of positions of power. Women makeup 21.7% of artists, 12.3% of songwriters and 2.1% of producers. This shows how deep the sexism of the music industry really goes. But if we know anything about Megan Thee Stallion, we know that she’s that “B.I.T.C.H” and she'll come back stronger than ever.