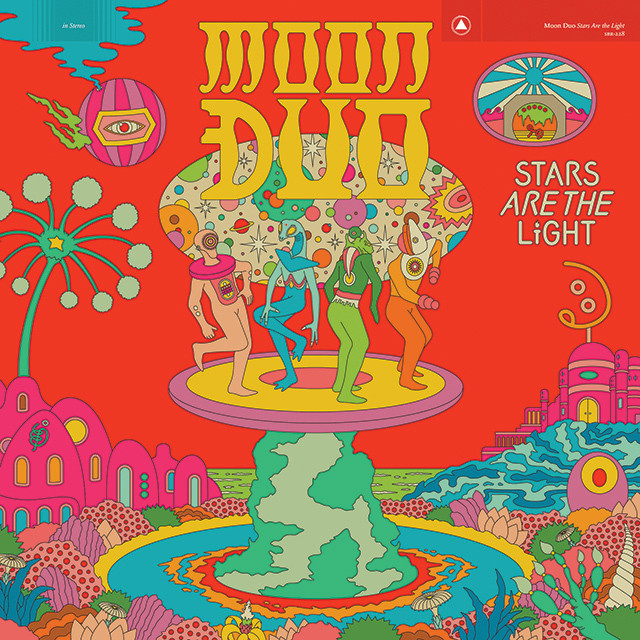 San Francisco psychedelic rock group Moon Duo dovetails disco, house, and intense funk on its seventh album, Stars Are the Light. Guitarist Ripley Johnson propels these influences to an otherworldly climax, hitting a full stride on “Eye 2 Eye,” while Sanae Yamada’s electronic rhythms on “Fall (In Your Love)” groove into your bones and send your head straight into the cosmos. Stars was flawlessly mixed by Sonic Boom, of the cult favorite band Spacemen 3, in the Portuguese Sintra Mountains (aptly referred to as the “Mountains of the Moon”). Fans of Hendrix to fans of Sigur Rós will find affinity with these intergalactic tracks. (4/5)

Stars Are the Light was released September 27, 2019.This article originally appeared in the Winter 2020 print edition of BUST Magazine. Subscribe today!