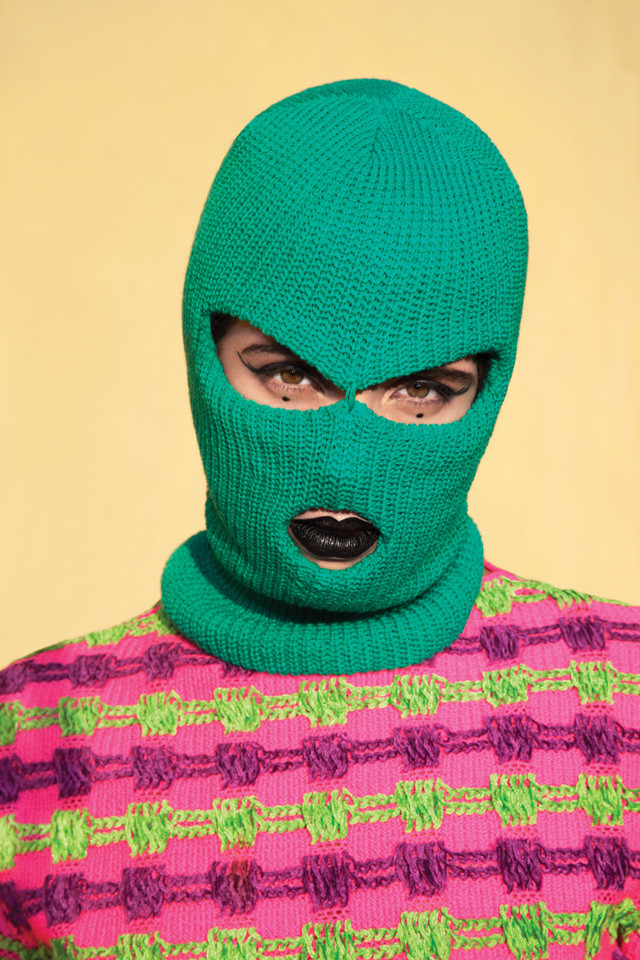 The Russian police just shut down production on Pussy Riot’s new music video, citing “extremism” and “gay propaganda,” among other things. The group, known for their feminist anthems, was shooting a video for their latest single, “БЕСИТ / RAGE,” in a studio when the power was abruptly cut out and the group was forbade from bringing in a generator to finish filming. Now, the punk rock band is short $15K that they spent on production and will never be able to get back, all due to these “gay propaganda” laws and censorship at the hand of the Russian government.

With lyrics like, “A police baton on my ribs, I'm singing with blood today,” the new single is a song about the pain queer folks and women feeling being enemies of the state in Russia. Pussy Riot noted via Instagram that some 150 queer and female activists were featured in the video before the shoot was shut down.

Today, on the 9th of February 2020, St Petersburg, the Russian police broke into the location where Pussy Riot were filming a video for our next single "БЕСИТ / RAGE". We were accused of "gay propaganda" and "extremism". Russian political police commanded to the studio where we were shooting, "Lenfilm", to cut off electricity in the whole building. Later we've been kicked out of the building - with no legal explanations. The single "БЕСИТ / RAGE" is dedicated to a pain that we - feminists and the queer people - feel being the enemies of the state. "A police baton on my ribs, I'm singing with blood today" - goes "БЕСИТ / RAGE". 150 activists, mostly female or queer, took part in the shoot. We spent $15k on the video production today - and lost them all because of the absurd "gay propaganda" law, and we'll be thankful if you share this info and/or be kind enough to help us to raise the money to make this video happen anyway. paypal.me/xxpussyriotxx venmo: @nadyariot

This is just the most recent in a long list of art and music based projects that have been censored by the Russian government for the promotion of “gay propaganda.” While the authorities shut down Pussy Riot’s shoot under the excuse that they were filming an illegal video, laws such as these have actually been deemed illegal by the European Court of Human Rights. Even still, the rules are still brutally enforced by the Russian police.

What happened at the shoot on Sunday only proves that what Pussy Riot is referring to in their song lyrics is correct. Queer people, women, activists and artists are increasingly demonized in Russia. Luckily, it does not seem like the voices of activists like Pussy Riot will be silenced any time soon. If you’re interested in helping Pussy Riot make back the funds they lost at the music video shutdown, you can donate to their Paypal at paypal.me/xxpussyriotxx or to their Venmo, @nadyariot, to ensure that this important video can finally be made.

"Read & Riot: A Pussy Riot Guide To Activism" Is The Kind Of Guidebook We Need Right Now

Tags: Pussy Riot , Censorship , Russian Authorities , LGBTQ+ Activism , Women's Rights
Support Feminist Media!
During these troubling political times, independent feminist media is more vital than ever. If our bold, uncensored reporting on women’s issues is important to you, please consider making a donation of $5, $25, $50, or whatever you can afford, to protect and sustain BUST.com.
Thanks so much—we can’t spell BUST without U.