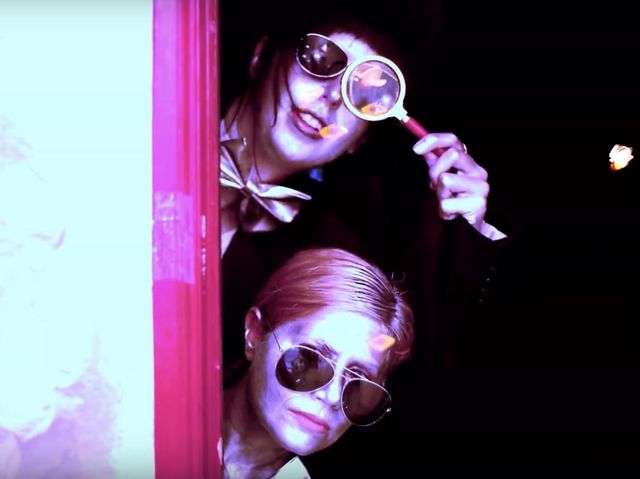 "Receptionist" is the first video of the series. “The song was inspired by the time I temped at a tech startup as a receptionist,” Tara Thiessen (guitar/vocals) tells BUST. “In my downtime I got caught in a YouTube hole about CRIPSR and its implications on the future of our relationship with the world/our genome. CRISPR makes it cheaper, easier and more accessible to experiment on DNA, but it’s something humans have been doing for forever.”

Which brings us to the rock opera’s futuristic title. Thiessen explains, “in the 1950s, Gamma Gardening was a form of mutation breeding that developed over 2000 new types of plants, most famously spearmint and red grapefruit. They basically blasted plants with radiation to see what would happen.”

All videos are directed by Sharkmuffin & Lydia Gammill of Gustaf, shot by Eric Durkin, and edited by Sylvea Suydam. Watch below!