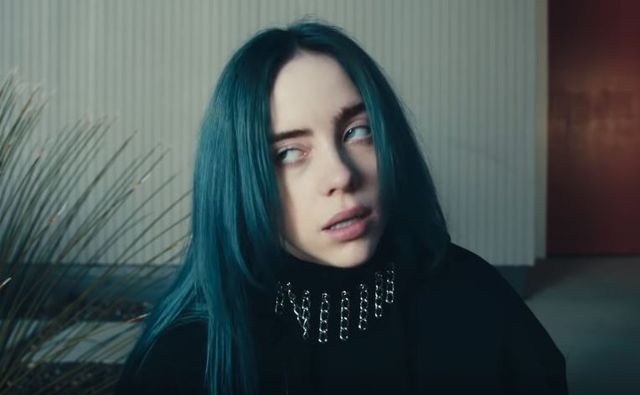 Billie Eilish, the Gen Z extraordinaire, has announced that she will be the next artist to sing the theme song for the upcoming James Bond film No Time To Die, making her the youngest person in history to land the gig. The Bad Guy singer began hinting at the collaboration on her Instagram stories, by posting a series of previous Bond girls, like Halle Berry, before the 007 page confirmed the news. It featured Eilish in a typical Eilish pose, crouched on the floor with a nonchalant-yet-creepy expression and a deep red filter, with the caption “The #NoTimeToDie title song will be performed by @billieeilish. Billie has written the song with her brother @finneas and is the youngest artist in history to write and record a James Bond theme song.”

The #NoTimeToDie title song will be performed by @billieeilish. Billie has written the song with her brother @finneas and is the youngest artist in history to write and record a James Bond theme song. pic.twitter.com/Qd5cYIRlmg

As the post states, and as with much of her previous work process, the brother-sister duo Billie and Finneas, wrote and produced the song for the soundtrack. The 18-year-old recent Grammy nominee told Rolling Stone “To be able to score the theme song to a film that is part of such a legendary series is a huge honor. James Bond is the coolest film franchise ever to exist. I’m still in shock.” Sam Smith and Adele, both previous artists to sing the Bond theme, won an Academy Award for their performances, meaning that Eilish and her brother could very well be in line to be nominated for one; or even an Oscar.

After much deliberation on whether a woman were to be playing James Bond in No Time To Die, it appears Daniel Craig will be taking on his role again. But, there will be some progressive changes to the franchise. Lashana Lynch, a black woman, is set to replace James Bond as the new 007 after his character retires from MI6. An “anonymous insider” told the Guardian about a particular instance in the film, “There is a pivotal scene at the start of the film where M says, 'Come in 007', and in walks Lashana who is black, beautiful and a woman.”

James Bond has always been a straight white man; whether that’s on the screen or page. This time around, it is being directed and written by mostly male figures, Fleabag’s Phoebe Waller-Bridge (who is SO having a moment right now) is a co-writer for the film. We’ll be looking out for some of her snarky quips throughout the film, which is released on April 2nd. In the meantime, we’ll anticipate the release of Eilish’s song.