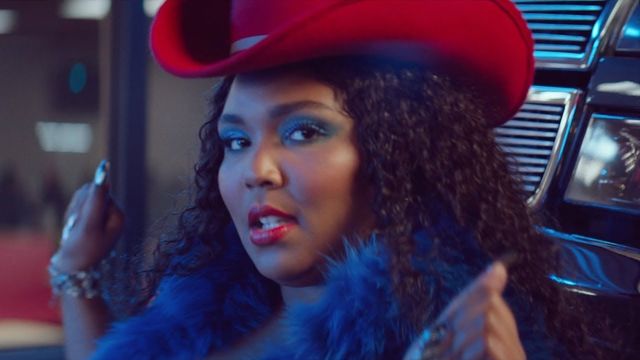 It’s that time of the year again—music festivals around the country are beginning to announce their show dates and lineups, taunting fans with the promise of warm weather, loud music and good vibes. This week, the famed Bonnaroo Music & Arts Festival announced which artists would be taking to its stages come June. While previous years have sported big name acts like Childish Gambino, The Killers and U2, this year’s list took fans by surprise in the very best way. Why, you might ask? Because smack dab in the middle of the headliners list was none other than everyone’s favorite singer, rapper and flute playing extraordinaire: Lizzo.

Although 2020 marks the Tennessee-based festival’s 19th anniversary, Lizzo is making history as the very first female artist to snag one of the headlining spots. In true Lizzo fashion, the singer took to Instagram upon the announcement of the lineup, stating: “It’s about damn time! Y’all ready to watch herstory, bitch?!?”

This isn’t the first time the 32-year-old musician has made herstory within the past year. Last fall, Lizzo scored the title of the longest running NO. 1 female solo rap artist on the Billboard Hot 100 with her hit single, “Truth Hurts.”

Truth Hurts is officially the longest solo female rap #1 in history. I fell in love with music when I was 9 years old... I had no idea our love affair would go this far. Good to know it was all worth it. Don’t run away from what your heart wants. Follow that bitch to ur destiny pic.twitter.com/dZsHaFJd9F

It’s obvious that Bonnaroo could not have picked a better or more relevant artist to headline this year’s festivities. Since her rise to stardom, Lizzo has proved to be one of the most versatile and entertaining live performers of all time. Last summer, audiences were starstruck by her performance at Glastonbury Festival. The queen of positivity led her audience in repeating the mantra, “I love you, you are beautiful, and you can do anything” to themselves and to the person beside them before rocking the stage with her feel-good anthem “Good As Hell.” In fact, all of Lizzo’s performances appear to be dance-worthy empowerment extravaganzas. The some-odd 80,000 festival goers will surely not be disappointed.

Lizzo isn’t the only womxn artist on this year’s lineup. Miley Cyrus will be taking to the stage on the first night of the festival. Last year, the 27-year-old pop star and rebel girl released a brand new EP, “She is Coming.” The EP features the powerful feminist rock anthem, “Mother’s Daughter,” the video for which depicts a display of diversity, body-positivity, and overall bad-assery. Female rap-artist Megan Thee Stallion, who took over 2019 with her latest album “Fever,” will also be performing on the first night—what a way to kick off the 2020 edition of “Hot Girl Summer.” And finally, the third and final night will see acts like the guitar-playing legend Grace Potter, who recently released a brand new album after a three year hiatus, as well as the ever iconic witchy woman Lana Del Rey.

Despite the fact that this year’s lineup is chock-full of feminist queens, music festivals are still dominated by male artists. Festival giant Coachella announced its 2020 lineup just before the turn of the new year, exposing an all-male cast of headliners. Additionally, the New England-based music festival Boston Calling was met with a series of “okay, boomer” rebuttals via fans online when they announced that two of their frontrunners would be the all white male bands The Red Hot Chili Peppers and The Foo Fighters.

The fact of the matter is, there is no real excuse for music festivals to be so male-dominated, especially right now. Womxn, PoC and queer folks make up a large portion the top music charts across all genres. In 2020, shouldn’t music festivals be reflective of the times? It’s exciting that Lizzo has made history as the first woman artist to ever headline Bonnaroo, but one can only hope that festivals in the years to come showcase even more diversity and inclusion in their lineups.