Alice Smith Wants You To Trust Yourself: BUST Interview

Details
BY Camille A. Collins
IN Music
Published: 10 January 2020 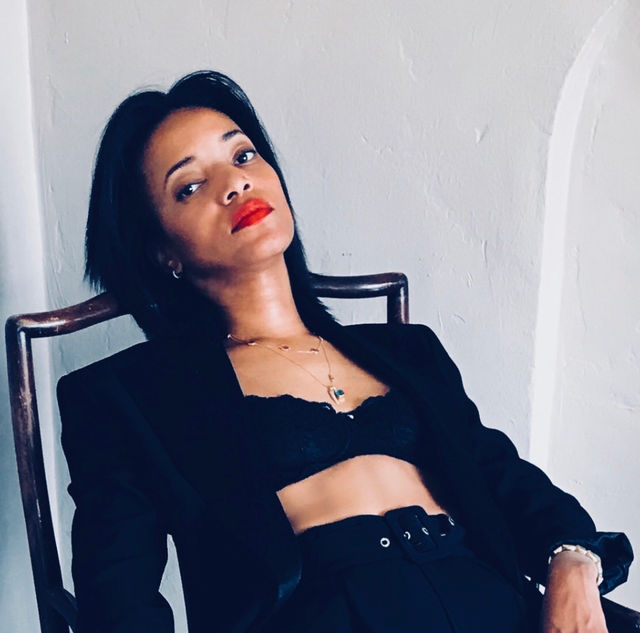 Since her Grammy nominated 2006 debut, For Lovers, Dreamers & Me, and lauded 2013 follow-up, She, singer Alice Smith has largely earned her stripes old school style—more time gigging in major cities than making music videos. As a result she’s gained something of a mythic aura— the proverbial, elusive sprite—leaving those who catch the latest NYC or LA show rapturous at the rare sighting.  Those who have missed out on her live shows and albums remain in the dark about one of the most highly regarded performers who has yet to become a household name.  Adjectives like “magnificent,” “divine,” “amazing,” “magic,” “incredible,” or really, any other superlative you can name, are routinely associated with Smith, given her incredible vocal range, original style, and consistently moving delivery of everything from rock to R&B and beyond.  She is a performer who truly surpasses categorization or genre. Upon the release of her aptly titled new EP, Mystery, BUST caught up with the singer.

Who are your biggest musical inspirations?

I’ve always been attracted to singers, to very emotional, emotive voices. I’m attracted to that kind of intensity, because there are various levels to people and on [one] level…well, I don’t think I’m intense at all (laughs), [but] on some level I’m attracted to that. I like being able to feel soul music, which is beyond the genre. I’m actually going to see Anita Baker tonight, girl!  It’s gonna be dope. She was huge for me when I was little. I knew all the words to those songs—I was like eight or something. She was a big one for me; and Patti LaBelle, Nina Simone of course.  For all my shows when I’m trying to figure out covers I’m always like, no, you can’t do another Nina Simone song—you’ve got to pull yourself together and stop! (Laughs).

I like Donny Hathaway and Bob Marley. I love Björk and Portishead. That’s something I was into when I was growing up, in like high school and stuff.  You know who I like too, who’s crazy is that Le'Andria Johnson…KeKe Wyatt, those girls. They just be singing down. Aretha Franklin of course. It’s like everybody…[Right now] I’m loving Seu Jorge and other Brazilian stuff. I listen to everybody, but not a lot of super current pop stuff. I [also] like Neil Young.

If you could collaborate with any performer, past for present, who would it be?

Maybe her spirit [Nina Simone’s] was with you when you covered her song.

Spell on You? No, that was my grandmother’s spirit. That was a deep one.

A figure no less legendary than Prince covered your song, Another Love—something he rarely did. How has your appreciation for this honor grown since his untimely passing?

There are many levels to what I feel about him. I always thought it was a huge honor—it’s kind of surreal. I guess that’s what I mean by levels. It’s a sublime kind of experience that was a huge thing for me. It’s crazy that it happened. I didn’t spend a lot of time with him or anything.  It’s a very deep thing when you’re sitting in the car listening to the radio and he comes on, and it’s like “Oh, shhii…!” and it hits you. His music is so powerful. It’s super, super, super cool. It’s one of the very cool things about me, (laughing). I just keep it in my little back pocket.

You write many of your own songs. Where do you draw your inspiration, and how do pull yourself out of “writer’s block” when you get stuck?

Your singularity of performance and style is one of the things your fans admire so much about you. If you had a room full of young women and girls seated before you, what would you say to them about embracing their authentic identities and learning to be true to themselves?

Ummm…that’s deep. When I was young, like everybody, I guess, I wanted to fit in and be more conventional—but I learned early that me trying to do things that made me fit in or be like other people never really worked for me. Like, everybody is wearing this shoe. Okay, I put on this shoe, but it doesn’t really look good, you know? You’ve got to trust yourself, know yourself which means you have to pay attention to yourself and be real honest. You have to take the time that it takes, which can be a long fucking time, to just understand and accept yourself. And move on. You gotta just keep moving through it. The only way to know yourself is through trust. 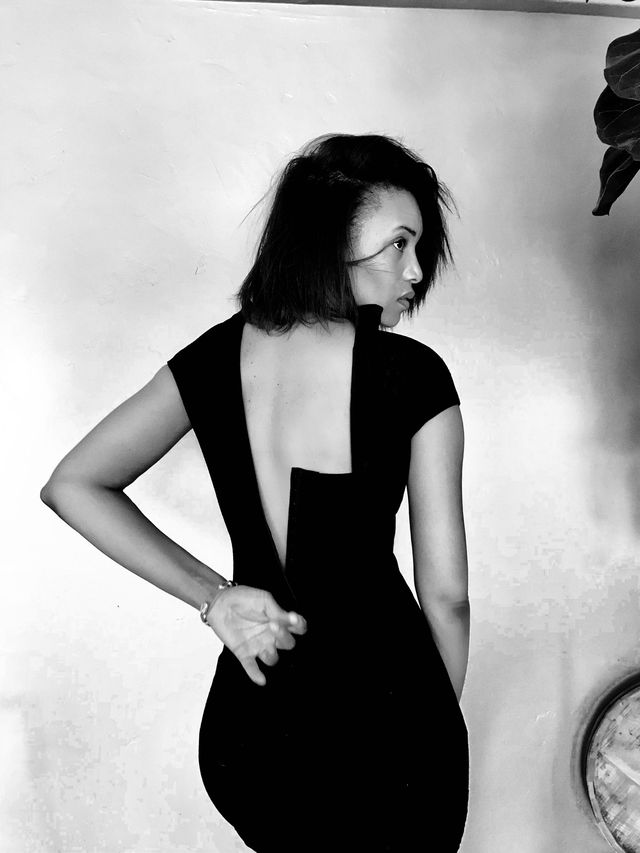 You decided to make a go of a career in music as a young adult. How did you come to the realization that you wanted to pursue music professionally, and what advantage has making that decision after college brought to your career?

I love the way I got into music because it just kind of came to me. It was like an energy came and just got me. I wasn’t planning to do it. I always sang and everything, but I never thought anything about it because everybody was singing, we were singing all the time.

Yeah, that’s the thing that’s strange to me—that you could have a voice that powerful and beautiful and be like, “Well, everybody sings!” Yours is distinctly different from the average voice…  That’s the part I’m not getting. [Laughs]

I never thought of it like that. One of the girls I grew up with could really sing, but she never really did anything with it. I thought maybe she even had a nicer voice. Opportunities just kept coming back to me. Once that started happening, I said okay, I have to figure out how to do this for real. I guess I had a raw talent, just a natural type of thing, so then I said, I have to figure this out so I actually know what I’m doing, because I hate to do things wrong. So I just started singing and going to my coach and through that process, I started to like the sound of my voice and began to see what I could to, and began to intellectually understand and see that, oh, I’m actually good at this. By that time I was like 25 or something before I was like, okay, I’m going to do it.

I imagine starting later was probably a blessing, particularly in the music industry.

Yes. For your own health and well-being it’s a good time [in life] to go and get involved when you’re already an adult and know yourself. So then, you know, that craziness they being trying to pull…it’s craziness, you know what I’m saying? That whole system is just crazy.

In doing things independently, everything falls on you. It’s a pretty vulnerable place to be and you’re always face to face with circumstances that you don’t know—it may not be your strongest areas. It’s hard work, but I kind of got forced into it. It’s not necessarily what I want to be doing. But I’ve always been pretty good at taking care of myself and trusting myself. I’m very protective over myself in general. And it’s crazy because I really am like an artist. I’m none of those other things…I just want to be singer, songwriter, mother, performer. But [being independent] can also very rewarding. You see all your blessings right away, and what you’ve done. [So] there’s a gratification part to it, too.

Whether it’s the fact that up until very recently, the reigning Ms. Universe, Miss USA, Miss Teen USA and Miss America were all Black women, or that African-American women are finally being recognized as an influential voting block, we’re hitting new strides every day. How do your experiences as a Black woman impact your art?

It’s in everything that I am. I’m a black woman. I’m super proud of it. It’s everything in my mind when I go back to the bottom line. When I’m writing and I’m trying to create a space for whatever it is to come through me when I sit down with a pen in my hand, everything always takes me back to my grandmother, my mother and her sisters, and that space and that whole vibe, how that influences and reflects in what I do, it’s everything. Our perspective is valuable, critical and foundational—certainly in this country, and, frankly, on planet earth.

Starcrawler's Arrow De Wilde On Music, Feminism, And "Devour You"