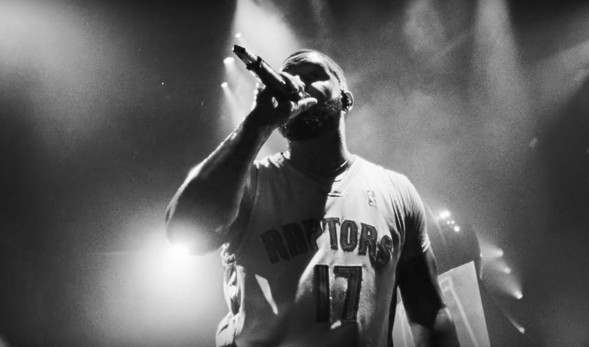 For over a decade, Drake has dominated our radio stations, wedding receptions, family functions, and house parties. Many of us Millennials and Gen-Z babies were introduced to him when he played the sweet and nerdy teenager Jimmy Brooks on the hit Canadian drama Degrassi: Next Generation. But the star has come a long way since graduating from his acting days. Drake has become a full blown superstar in the Hip-Hop world. He has had 35 top ten hits on the Billboard charts and has officially been named Spotify’s most streamed artist of the past decade. Even after years of rap beefs, diss tracks, public breakups, and embarrassing stage moments, the Scorpion has come out of every media firestorm practically unscathed. But there’s one unsettling pattern of behavior we have all overlooked for far too long…

Drake’s dating history is like an ancient Mesopotamian epic that requires academic decoding. There are so many women he’s been linked with over the years that it’s hard to keep track of all of them. His expansive list of exes includes the names of famous women whose careers and net-worths are just as impressive, if not more so, as his. All this to say, we’ve seen Drake date women who are not only on his own level, but who have probably challenged him in a way men of his age should want to be challenged by a partner. But it seems he has reached a level of status where this kind of challenge can be avoided.

Besides the recent tabloid headlines claiming he has reportedly, “always had a thing for Kylie [Jenner],” despite the billionaire makeup mogul having just turned 22 this past summer (we hope the vague time frame of “always” is shorter than it suggests), this is not the first time Drake has been linked to younger women. The internet learned purely by accident about Drake’s texting relationships with two separate celebrity teens: one being Stranger Things star Milly Bobby Brown, and the other being emo-pop idol Billie Eilish.

In an interview with W Magazine in July of last year, the young starlet Millie Bobby Brown revealed she had been personally invited to Drake’s concert in Australia some months prior and had developed a close friendship with him. “[We] talk all the time. I ask his advice.” In a similar vein, when Eilish was asked in an interview with Vanity Fair who the most famous people in her contacts list were, Drake was the person she was most starstruck by. “Drake is the nicest dude I’ve ever spoken to. I mean, I’ve only texted him, but he’s so nice…” Quick reminder: Millie Bobby Brown is 15 and Billie Eilish is 17.

Regardless of how innocent these conversations might have been, why is Drake, a 33-year-old mega-millionaire, texting two teenage girls about anything? What kind of deep philosophical discourse could he possibly be having with either of these young women? I hope his “boy advice” does not extend further than the watered-down birds and bees talk.

As usual, Twitter has been suspicious of this behavior long before many publications have thought to question Drake’s supposedly benign text conversations between himself and various teenage celebrities. It was on the social media platform that I began seeing threads accusing the rapper of being involved in an intimate romantic relationship with a teenage girl named Bella Harris. Harris is the daughter of Grammy-winning producer Jimmy Jam, which makes clear the connection between herself and those older artists within these exclusive music industry circles. In September of 2018, Drake and Harris were spotted having dinner together alone at an Italian restaurant in D.C. At the time, Harris was 18, but rumors of the two’s dating had begun even a year prior when she would’ve been 17 years old. These stories are more than just empty tabloid gossip. This is potential evidence of predatory behavior, and it is worth more than just our suspicion.

Hollywood is no stranger to stories of powerful men using their fame and access to attract women, especially when those women are on the younger side. The #MeToo movement of 2017 revealed just how common these patterns of abuse of power over young women in the industry are. But these stories of manipulation do not have to be overtly violent to be predatory. The fetishization of younger women is embedded in our cultural ideas of beauty and success. Think for a second: If you were a man with money, fame, and power and you could choose any woman to be with in the world, what would that woman look like? You’d probably imagine some young naive supermodel-esque girl who could meet Leonardo DiCaprio’s strict beauty standards and age requirements. If that fantasy does not disturb you, something is deeply wrong.

Our ideals of feminine beauty have been tied, historically, to youthfulness. The male gaze upon young women is linked to a desire to control and conquer the female body, which is easier to do when the woman has not had enough time within her body to fully understand her own boundaries yet. An older man’s attraction to teenage women is not a personal preference, it’s a representation of our patriarchal culture and the shared desire to take advantage of women who are vulnerable and susceptible to domination.

Many women in the hip-hop world have been subject to this predation, but it was simply a fact of life when they were growing up in the industry. Though we think of them today as music’s most powerful couple, Beyoncé herself admitted she began dating her husband Jay-Z when she was 19 and he was 31. The late Aaliyah was notoriously married to R. Kelly when she was only 15 years old, and had been “romantically” linked to various men in the music industry up until her tragic death. The infatuation with younger women in the world of hip-hop is not new, but this does not mean it should be tolerated. As a 21-year-old woman, I could not imagine handling a public romance with an older man in his thirties today, nonetheless when I was still a teenager. These men are meant to mentor and uplift these young women as they enter the music industry, not sexualize them.

Drake’s pattern of behavior with younger and younger women upsets me, because I am a fan. I grew up listening to his music. His discography plays throughout many memories of my adolescence. We expect better from our cultural figures. We aren’t asking these men to be perfect role models or saintly icons. We’re simply asking them to hold themselves accountable. If we want to change these problems within our culture, we have to call out the problematic behavior when we see it. If you’re as wealthy, handsome, and famous as Drake, it shouldn’t be that hard to find a girlfriend who meets all your criteria within your own age range. If you can’t find her, it’s because you simply don’t want to. And to Drake: if you’re reading this, it’s not too late to change. But we will be watching.

Header Screenshot from the Money In The Grave video on Youtube.

The Double Standard of Janet Jackson vs. Adam Levine