The Sorels' "She's In The Gang" Video Just Might Recruit You 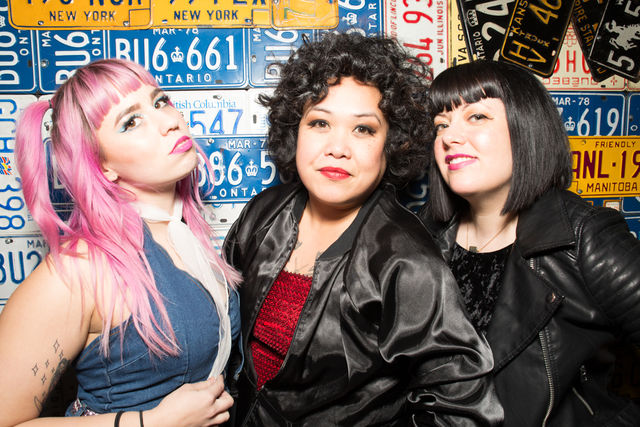 Winnipeg's “tiniest, toughest band” has a nontraditional hazing method for new recruits. First, you must find the most hideous, bedazzled jean jacket at a neighborhood thrift store and wear it all day with pride. No exceptions! Next, the ice cream challenge (two scoops to the dome, two minutes, no spoon), and then—if you survive the insane brain freeze—you may be appointed with your ceremonial witch's hat!

Yeah, The Sorels came to rock, but they're not above crank-calling your crush while you're in the bathroom (not unlike your beloved junior high friend group). The band's video for their new single, “She's in the Gang,” is just the kind of joyful rock 'n' roll romp the world needs now—and it's no wonder the good vibes have come from Canada. It's hard not be instantly recruited into their club.

Reta Records was founded this year by Jamie Radu of Montreal band Pale Lips, whose last album, "After Dark," has become an instant underground classic among garage punk circles.

“The label is named after my mother, Reta, who passed away last year from cancer. She was a single mom, and I was her only child. She always found time and space for me to be creative, starting when I was very young. I grew up with very little, but we always had music around us,” Radu said. “The DIY label is my way of paying tribute to my mama, while using my resources to help out bands that I truly love and believe in.”

With Reta's blessing, the distortion and dream lives on. The world turns (and seems to just get crazier) and, perhaps, more girls are inspired to pick up a bass or a pair of drum sticks. (Sometimes, the biggest inspiration springs from a small offering, like this candy colored two-song EP).

In the wild, The Sorels may only grow to be just over five feet tall, but their glam rock sound is tenacious and tall (to match their boots and their ambitions). Wanna join their ranks? No need to be “this tall” to ride this coaster. And you sure know where to find 'em!

Tags: The Sorels , Winnipeg , music , video premiere , rock 'n' roll
Support Feminist Media!
During these troubling political times, independent feminist media is more vital than ever. If our bold, uncensored reporting on women’s issues is important to you, please consider making a donation of $5, $25, $50, or whatever you can afford, to protect and sustain BUST.com.
Thanks so much—we can’t spell BUST without U.