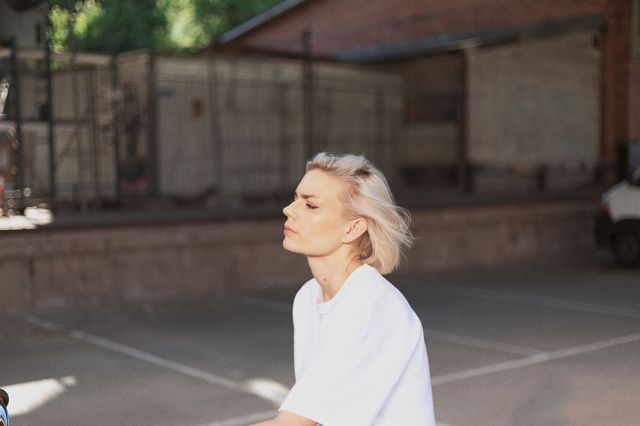 Just in time for sweater weather, Swedish alt-pop artist Frida Sundemo is finally back with her first release of 2019. Written and produced by Joel Humlén and Sundemo herself, “Nothing Can Hurt Me” is exactly what you need to listen to if you've been having a bad week. Her light, airy, and almost child-like voice is both soothing and heartbreaking, undoubtedly making this an ethereal bop.

"I want to convey the feeling of perfect freedom, the one that can be difficult to hold for more than a few seconds,” she said about the single. “I think if you have experienced moments as a child where you have complete security, then comes the rest of life where we try to find that feeling again."

With three albums and tens of millions of plays, the singer-songwriter has been described as the “Swedish Sia,” with hints of Björk and Sigur Rós. Her debut album Flashback & Futures garnered international media coverage in 2017 from the likes of The Fader, V Magazine, and Billboard, which recently described this newest tune as “icy, ornate synth pop.”

Outside of music, Sundemo practically lives a double life—while maintaining her music career, she’s also earning her medical degree. To top it off, she’s also an advocate for climate change awareness and an actress; in 2015, she made her Hollywood debut as a fictional pop star in the feature film Kill Your Friends, co-starring with James Corden and Nicholas Hoult. But if you haven’t seen her acting, you’ve probably heard some of her songs on shows like Grey’s Anatomy and Scream Queens.

Celebrating 10 years of artistry, Sundemo is well on her way to alt-pop icon status. Listen to “Nothing Can Hurt Me” below, and keep up with Sundemo on Facebook and Instagram. Also, look out for her next upcoming release, a string-heavy, billowing track titled “Gazelles,” out on Dec. 6.

Junglepussy In Paradise: See The Incomparable Artist Next Week In Brooklyn

Tags: Frida Sundemo , Nothing Can Hurt Me , singer , premiere , music