Junglepussy In Paradise: See The Incomparable Artist Next Week In Brooklyn 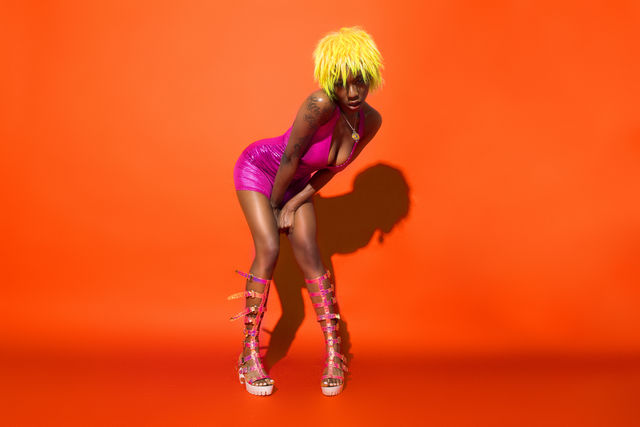 2018 was very good to Junglepussy, the beloved rapper and MC hailing from Brooklyn, New York. Not only did she release her third studio recorded album Jp3 to wide acclaim from critics and her loyal fans alike, but she also made her film debut in the stellar all female ensemble cast of Support the Girls, directed by the unofficial king of mumblecore Andrew Bujalski — all this fresh off her sold-out U.S. tour, might I add. She was even awarded as “Actor of the Year” in the Indie Memphis Film Festival for her role in the film as well as in HBO’s experimental limited series Random Acts of Flyness. There doesn’t seem to be a thing in the world the rapper can’t put her mind to, and we love her for it.

Her highly twerkable ode to the organic grocery store king “Trader Joe,” off of her most recent album, has already amassed over 2.7 million streams on Spotify. In it, she’s looking for a farm to table type of love, singing, “When my phone ring it's 'cause a n***a's seen the way I grow.” We’ve seen the way she’s grown, too. The rising star is making all the right moves in her career. She has stayed true to her unique creative vision, never compromising her wicked sense of humor, her proudly ultra-black femininity, or her tender connection to her fans via social media.

Her next and most experimental project yet is one you won’t want to miss. For one night only, Junglepussy will take center stage in Jacolby Satterwhite’s new immersive exhibition series You’re at Home. The cosmic installation explores themes of African folklore, mythology, pop culture, and Satterwhite’s own personal and familial narratives through a queer lens. The show applies this futuristic Black avant-garde aesthetic to an immersive soundscape that successfully captures the most pressing issues of our day. The performance will take place next Friday, November 8 at Brooklyn's Pioneer Works from 7-11 pm. Get your tickets here.