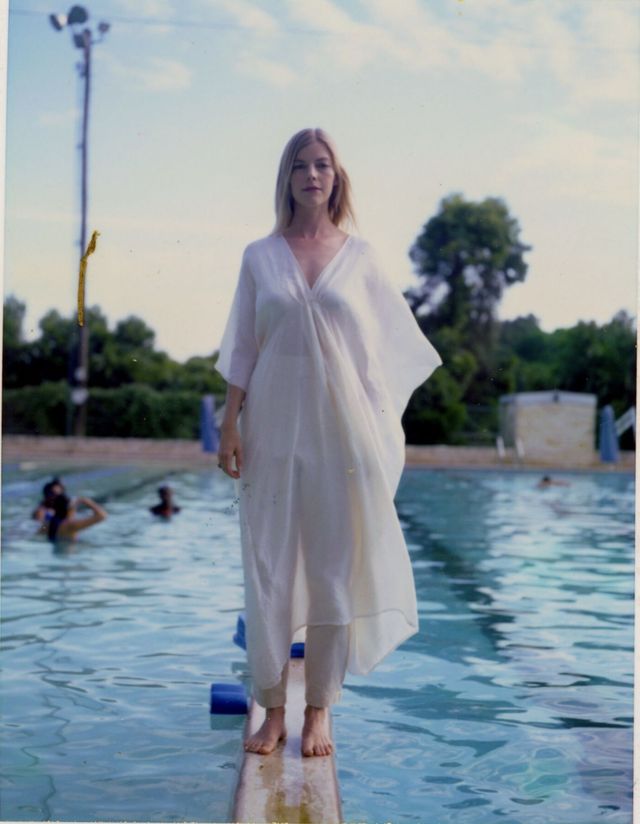 They say breakdowns are really just breakthroughs in disguise, and such a notion beautifully applies to Odessa’s second single, "Live On," from her upcoming album All Things, produced by Jonathan Wilson (Father John Misty, Conor Oberst), Wilco’s Pat Sansone, and Spoon’s Jim Eno. The dreamy, waltzing track evokes sentiments of peacefully waking up to the sun peaking through your window, correlating to the song’s overall theme of celebrating the endless possibilities that come with starting over and moving forward.

Odessa is familiar with making strides. After gaining recognition playing violin with artists such as Edward Sharpe & The Magnetic Zeroes and Rayland Baxter, she released her first single, “I Will Be There,” as a solo artist in 2012. The song became that year’s most-searched song on Shazam, after being featured in a Subaru ad campaign, which resulted in Odessa landing a record deal with a major label. Her self-titled debut in 2015 was critically acclaimed, with songs from the album hitting over 40 million streams on Spotify and appearing on shows like Grey’s Anatomy and Hart of Dixie.

After a year of non-stop performing, Odessa was set to write a follow-up record. But, this venture would prove to be challenging both professionally and personally. Feeling drained and creatively blocked, Odessa was yearning for the inspiration that would free her from her artistic rut. When her songs weren’t received with the same popularity on the radio that they’d previously acquired with streaming services, her record label began withdrawing support. By 2016, Odessa’s record deal had dissolved, her savings account was depleted and her creative rut had deepened. “I gave up and I just prayed. I didn’t know what else I could do,” she said.

However, this act of surrender proved to be instrumental in rediscovering her creative voice. She literally headed for the hills and moved into a house in Eagle Rock, Los Angeles, where she “could just be alone and regroup.” But the universe has a mysterious sense of humor and in the midst of healing and emotionally detaching herself from the music business, her creative blocks broke down and the music started to flow. When reflecting on this period in her career, Odessa notes, “I felt as low as I’d ever been in my life, but when I accepted that feeling and stopped trying to fight it, it unleashed this creative whirlwind in me.”

When Odessa began to accept her circumstance and not resist them, doors opened. "Live On" exists as a beautiful ode to starting over within an album that illustrates that we cannot achieve joy without pain and creativity without limitation as it is “our best asset into the imagination.” Odessa concludes, “We cannot dream if we have everything; we cannot dream if all our fantasies are real. We need limitations to create our worlds. The ones that only we can see that no one else will ever know about. Limitation is like a portal in to the unknown and breaks our hearts open into the innermost places."

Perfect Pussy's Meredith Graves Is A Rockstar For A New Generation

Tags: Odessa , music , premiere
Support Feminist Media!
During these troubling political times, independent feminist media is more vital than ever. If our bold, uncensored reporting on women’s issues is important to you, please consider making a donation of $5, $25, $50, or whatever you can afford, to protect and sustain BUST.com.
Thanks so much—we can’t spell BUST without U.