Blow Your Mind With The Advertisers: BUST Premiere 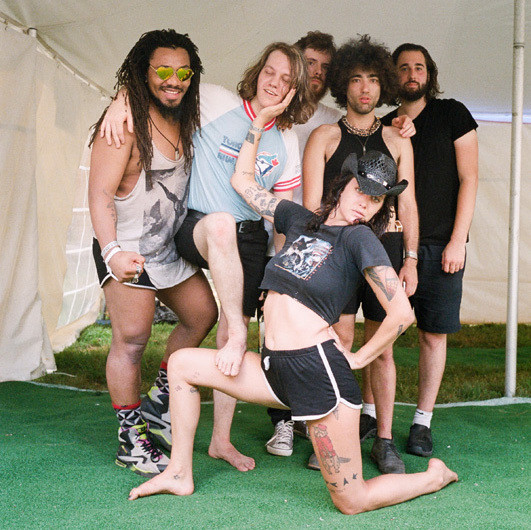 One of the best and most exciting bands out of Brooklyn right now are The Advertisers, a self proclaimed "anti-modern" rock band that puts 1000% into their mezcal-fueled live shows. Formed in 2018, they are a refreshing punch in the face to mediocre blues, delivering scuzzy jams and punk fueled fun. Lead singer, the statuesque and amazing Acacia Fusco, is a compelling force, along with lead guitarist Casey Hopkins and the rest of the stellar lineup. They are not to be missed live.

Check out these two songs from their latest EP, filmed this summer at Meltasia, a crazy music festival put on every summer in upstate NY. To see the rest of the video, check out https://theadvertisers.nyc/ or follow them on instagram for show dates.

Tags: The Advertisers , punk , music , video premiere , music premiere , garage rock , punk rock , blues
Support Feminist Media!
During these troubling political times, independent feminist media is more vital than ever. If our bold, uncensored reporting on women’s issues is important to you, please consider making a donation of $5, $25, $50, or whatever you can afford, to protect and sustain BUST.com.
Thanks so much—we can’t spell BUST without U.