Starcrawler's Arrow De Wilde On Music, Feminism, And "Devour You" 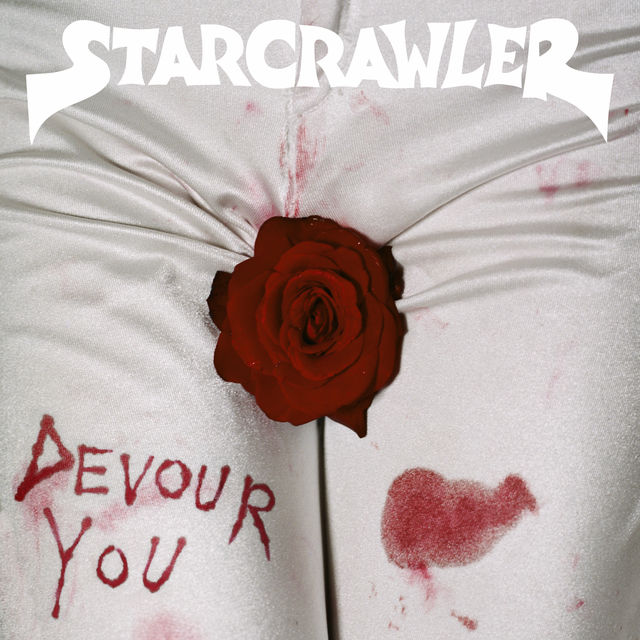 Starcrawler has just released their second album Devour You on Rough Trade. The L.A.-based rock band is comprised of members Austin Smith (drums), Henri Cash (guitar), and Tim Franco (bass) and Arrow De Wilde (Vocals/Lyrics). De Wilde's parents are renowned photographer Autumn De Wilde (Beck, The White Stripes) and drummer Aaron Sperske (Beachwood Sparks, Father John Misty), which allowed her to grow up around many eclectic artists and musicians. De Wilde took some time out to speak with BUST about her band, touring, and feminism.

Tell me about Starcrawler’s formation.

We all went to high school together and I already knew Austin, who was playing drums. Then I saw Henri, who I thought looked cool, and I knew he played music so I asked him to play guitar with us. Then we recruited Tim on bass and started to get together and jam. Things just progressed from there.

Did your parents' musical tastes, and other artists who you might have been around growing up, influence you?

I shaped my own musical tastes. People will always say, "Oh, you have to listen to this," but they never really explain why they romanticize whatever it is they like. My parents were cool, but they let me develop my opinions on my own.

Having seen Starcrawler live, I think that you’re one of the most physical performers I’ve ever encountered. What is your pre-performance perparation or routine before you go onstage? Or do you just go out there, and it all happens in the moment?

No rituals, really. I just focus on what I’m there to do. As a band, we warm up before performing and go out and play the best we can. 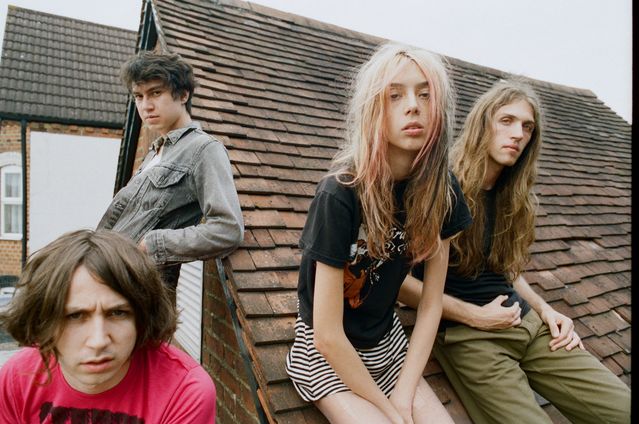 Starcrawler are carrying on the tradition of the great L.A. bands like The Doors, The Runaways, Redd Kross, and X. Are you familiar with any of these predecessors?

Oh, yeah. Jeff McDonald of Redd Kross is an old family friend and he produced our first single. So I’m very familiar with the bands who came out of the L.A. music scene.

You’re in the midst of a tour for Devour You. How’s it going? Do you enjoy being on the road?

I do. I mean, sometimes traveling in the van can be kind of boring. I like playing the shows so it’s just part of the job.

Starcrawler has some heavy hitters in the music industry who are fans like the MC5, Shirley Manson, and Sir Elton John. Have you ever met either of them, or other well-known peeps who dig your stuff?

Well, we toured with Wayne Kramer of the MC5 and Shirley is a friend. I haven’t met Elton John yet. I did meet Dave Grohl when we opened for Foo Fighters. Everyone’s been really cool.

If you’re in a band and it’s all-female, I don’t understand why they’re always referred to as a girl band. I don’t see that happening with all-male bands. I don’t like genderizing. So to be singled out as the woman in the band doesn’t make sense to me and doesn’t seem very feminist.

For more information on Starcrawler and tour dates, visit starcrawlermusic.com.