Taraka Larson Is Soldiering On After Prince Rama's Breakup 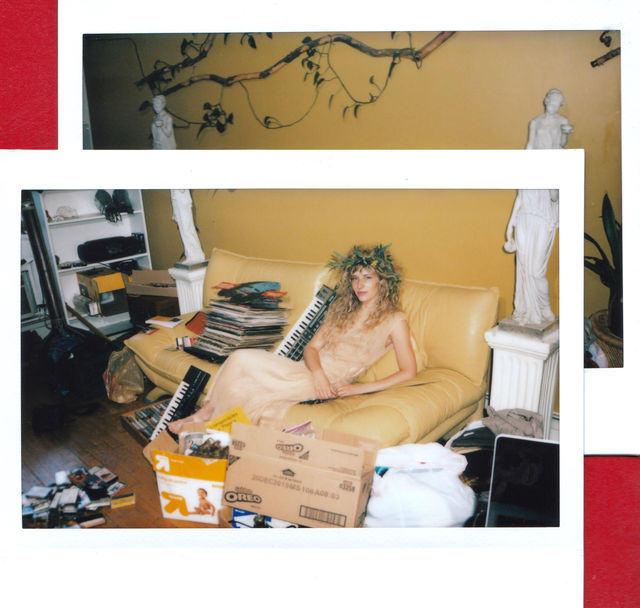 Taraka Larson has struck out on her own this fall with the recent dissolution of her band Prince Rama, the dance-rock powerhouse she's fronted with her sister Nimai since 2009. Eight albums and countless tours later, Nimai recently decided to retire from music, leaving Taraka to soldier on following the band's goodbye to the world. She decided that only a true funeral pyre could properly consecrate the band's remaining three songs, which inspired her vinyl EP titled Rage in Peace, made from the melted remains of the band's ephemera that sold out in two days. The download is still available and she'll play its music October 9 at Baby's All Right in Williamsburg, Brooklyn.

"The beginnings of the songs on Rage In Peace were written years ago, in anticipation of a new album to follow Xtreme Now," Taraka told us last month when we sat down in the Bed-Stuy apartment where Prince Rama had written and rehearsed most of their material. "But when Nimai left, I abandoned them, never to listen to them again. Felt wrong to continue Prince Rama without her: it would be like continuing Guns N Roses without Slash. Blasphemous."

Announced last month on the band's Facebook page, the departure of Nimai from Prince Rama was coupled with both of them moving out of the longtime apartment where they wrote a lot of their songs and created their neon-fantasy aesthetic. Nimai has moved back to her native Texas while Taraka has taken the northern road to upstate Wassaic, NY, which is also home to nonprofit arts center The Wassaic Project. "Wassaic is a generous place for those who seek its magic, equal parts peaceful and violent," Taraka said. "The whole place is like a mirror, an enchanted conversation where plants, beasts, and humans are all interwoven in a tender invisible cartography leading you back to yourself."

Taraka documented Prince Rama's fiery farewell in this video and told us about creating her own material: "It's a warm, familiar feeling. I have always written the initial skeletons of Prince Rama songs by myself and fleshed them out with the other members later. It feels like hanging out with old friends that understand you inside and out." The EP was produced by the band's former guitarist Ryan Sciaino, who is now producing visuals for concerts including Chrome Sparks' recent show for Industry City's Summer Series. "He is so zen," Taraka said. "And he knows how to get right to the essence of songs. I can get lost sometimes in the endless possibilities of songwriting twists and turns and if he didn't hold me back, I'd be making songs with 400 tracks on them."

Of her upcoming performance at Baby's All Right, Taraka told us, "I've been working hard on a new solo album that is nearly finished, so will be trying out some of the new material. The new music feels like a breath of fresh air — raw, primal, and fully alive." 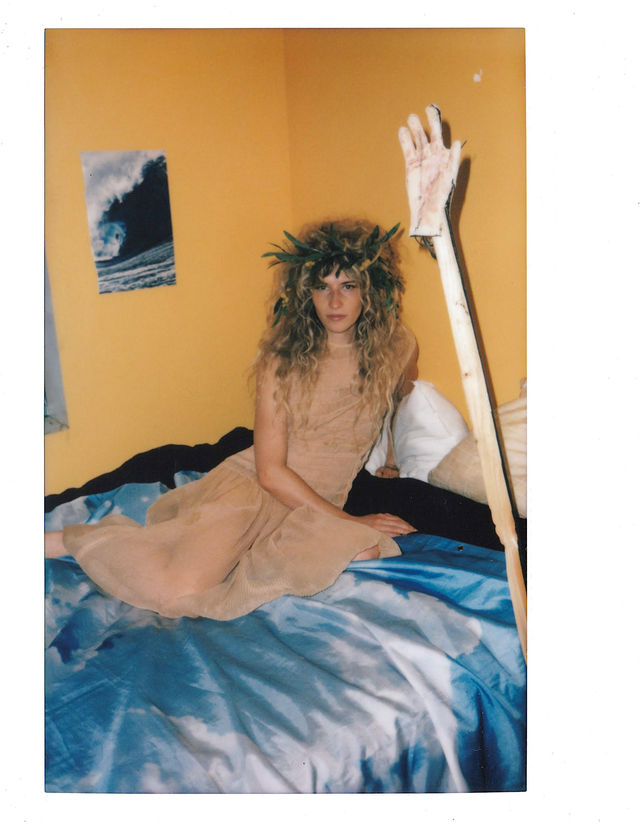 Prince Rama's Taraka Larson in her home rehearsal space and bedroom before moving out over the summer, August 2019.

Taraka Larson will be performing with PC Worship on October 9 at Baby's All Right in Williamsburg, Brooklyn. Tickets are available here.

Beth Ditto Says, "I'm Not Afraid Of Sounding Like Me": BUST Interview

Amy Winehouse, Before She Was Famous: BUST Interview