The Paranoyds Have Nerve On "Carnage Bargain" 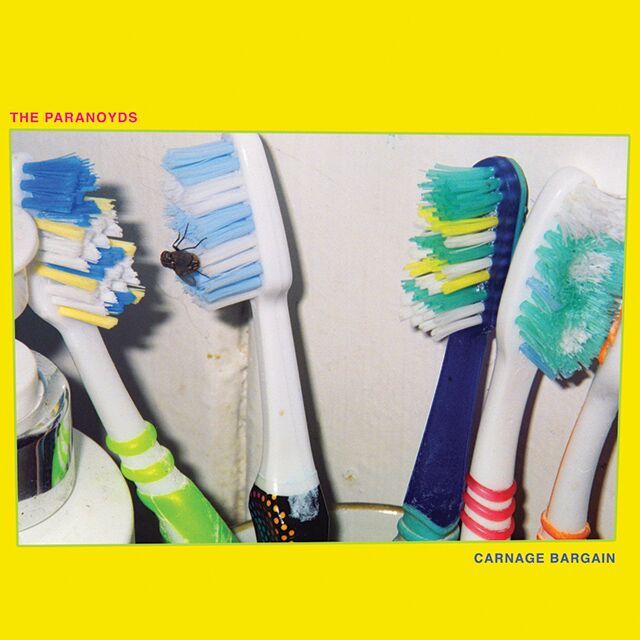 Self-confident in the chill of their mid-tempo, motorik style, the Paranoyds sound somewhat like a nervy version of the Intelligence or Six Finger Satellite. On “Face First,” the opener of Carnage Bargain—their debut full-length—the L.A. group sneers, “Hair slicked back/Better think fast.” Think fast indeed. The Paranoyds drive a path through a 10-track forest of fuzz and feedback with no stops until the final buzzing chord. Staz Lindes (bass/vocals), Laila Hashemi (keys/vocals), Lexi Funston (guitar, vocals), and drummer David Ruiz elevate classic proto-punk and garage sounds with badass ramshackle girls’ choir melodies, stacking vocals up like bricks, ready to be thrown through the next available window. (5/5)

Carnage Bargain is out September 13, 2019. This article originally appeared in the September/October 2019 print edition of BUST Magazine. Subscribe today!

Tags: The Paranoyds , music , music review , album review
Support Feminist Media!
During these troubling political times, independent feminist media is more vital than ever. If our bold, uncensored reporting on women’s issues is important to you, please consider making a donation of $5, $25, $50, or whatever you can afford, to protect and sustain BUST.com.
Thanks so much—we can’t spell BUST without U.