Bleached Let Go Of The Past On "Don't You Think You've Had Enough?" 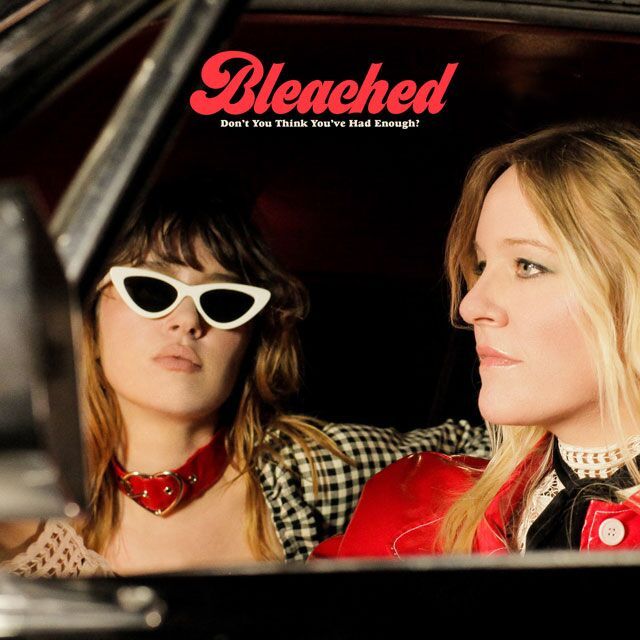 Sobriety has brought Bleached reflection, growth, and a third full-length record. While the subject matter is heavy, lyrically, Don’t You Think You’ve Had Enough? puts a fun ’70s pop twist on the band’s electric guitar-led sound. Sisters Jessica and Jennifer Clavin discuss severing ties with relationships held together by substance abuse (“Silly Girl,” “Somebody Dial 911”), facing reality (“Daydream”), and coming to terms with their former selves (“Real Life”). Letting go of the past sometimes takes harsh honesty, and the Clavins don’t shy away from the truth. Like the sisters sing on “Kiss You Goodbye,” “Some things are just meant to die.” (4/5)

Don't You Think You've Had Enough? is out July 12, 2019. This article originally appeared in the July/August 2019 print edition of BUST Magazine. Subscribe today!