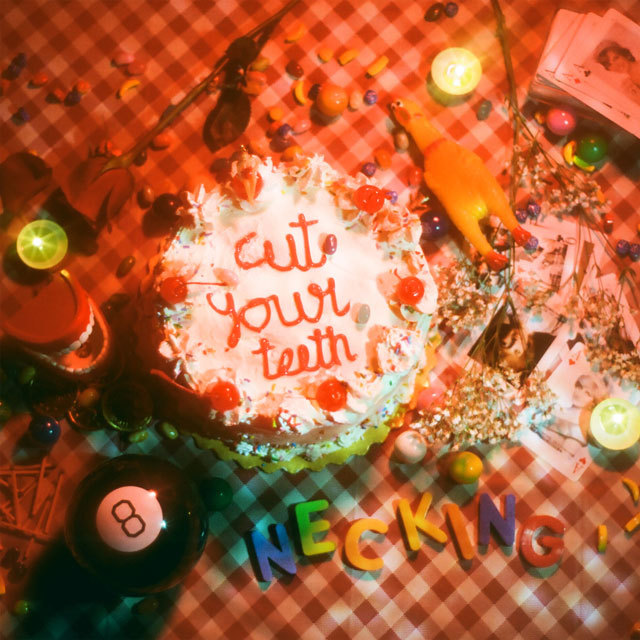 Necking is a band that doesn’t shy away from braggadocio. These four Vancouverites bonded at a party, spinning tall tales of their successes before even forming the band. But fear not—they’ve got the goods to back up the fibs. On their debut, Cut Your Teeth, “Big Mouth” is a jaunty, Cure-inflected ditty about a bad lover who has the nerve to tell everyone their biznizz. “Drag Me Out” boasts the saucy refrain, “I’m a catty bitch.” “Boss” gets real about the “power dynamic” between a young worker and her check-cutting overlord. With hard-driving post-punk rhythms and unvarnished lyrics, Necking brings a sound reminiscent of Yeah Yeah Yeahs and Be Your Own Pet, but the band’s specific drum beat merits its own listen, because unlike that joker in “Big Mouth,” these broads know how to serve. (4/5)

Cut Your Teeth was released July 5, 2019. This piece originally appeared in the July/August 2019 print edition of BUST Magazine. Subscribe today!