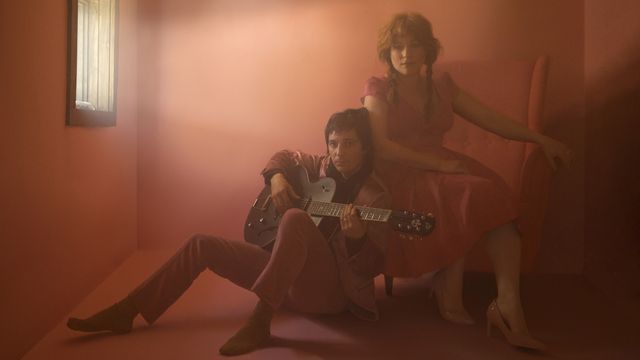 Described as how Anne Brontë wrote it, “The ties that bind us to life are tougher than you imagine,” Shovels & Rope's music and marriage best embody that bond. For ten years, Michael Trent and Cary Ann Hearst have delivered astounding collaborations from albums to children, and now they've got more to give. From their lastest studio album, By Blood, Shovels & Rope premieres the music video for "I'm Comin' Out" with BUST.

Director Michael Parks Randa details the inspiration for the video, "With the uplifting nature of 'I'm Comin' Out,' we wanted to focus on a population of inspiring athletes not often in the limelight: women's football. We traveled down south to the band's home state to document the South Carolina Smash, as well as the New York Wolves, which practice right down the street from my Brooklyn home. What we found was an incredibly resilient family of women who take football very seriously and encourage one another through the sport. It's all about women empowerment and leaving a legacy and platform for future generations of women to have a chance to play football. Following their lives on and off the field, we hoped to shed light on a badass community of women doing what they love most."

Buy By Blood and catch Shovels & Rope on tour now

Shovels & Rope Are Here To Stay With "By Blood"