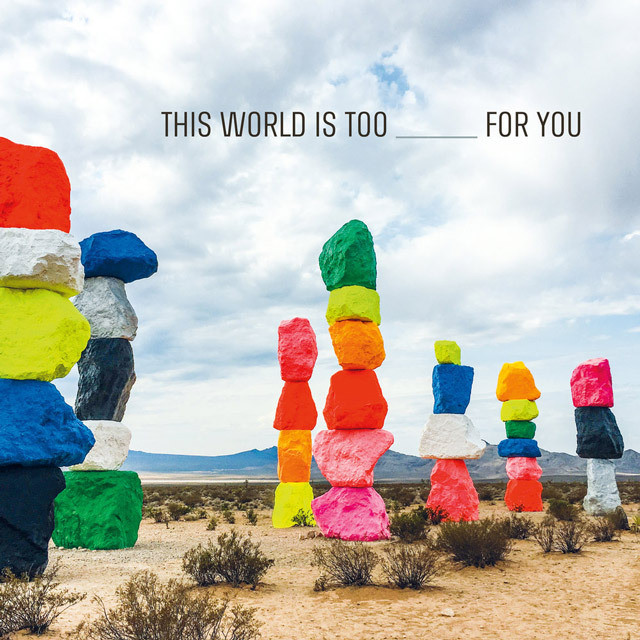 EMILY WELLS
This World is Too___For You
(Thesis and Instinct)

Emily Wells makes a dramatic statement on This World is Too___For You. The musician, composer, and producer has clearly hit her stride on her sixth release, a masterful, epic collection of songs. A striking blend of orchestral and goth music, this album is a slow-burner that is equal parts heart wrenching, sexy, and meditative. Wells follows in the footsteps of legends like Björk and Annie Lennox with ethereal, minimalist tracks including “Remind Me To Remember” and the classically tinged “Stay Up.” Album standout “Come On Doom, Let’s Party” shows Wells at her best—haunting, emotional, and suspenseful. (4/5)

This World is Too___For You was released March 22, 2019. This article initially appeared in the May/June 2019 print edition of BUST Magazine. Subscribe today!