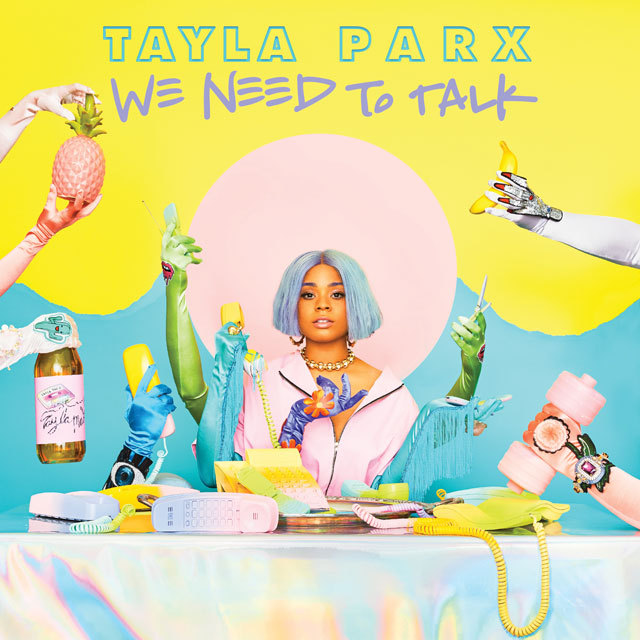 With vast accolades for her work on Ariana Grande’s thank u, next and Janelle Monáe’s Dirty Computer, songwriting powerhouse Tayla Parx stands in the spotlight for We Need to Talk. These high-production R&B pop tracks deliver relatable tales of tumultuous romance and struggles between conventional womanhood and rebellion. Parx also playfully incorporates audio markers of modern social life, like iMessage pings, and riffs on 50 Cent classics. “Somersault” and “Homiesexual” bring confident vocals perfect for backyard parties and margs with the squad. Some tracks are held back by their brevity and lack of momentum, but overall this album sets a lively foundation for Parx's musical identity. (4/5)

We Need to Talk was released April 5, 2019. This article originally appeared in the May/June 2019 print edition of BUST Magazine. Subscribe today!