Be #Proud At The “Queers of Noise” Party in NYC 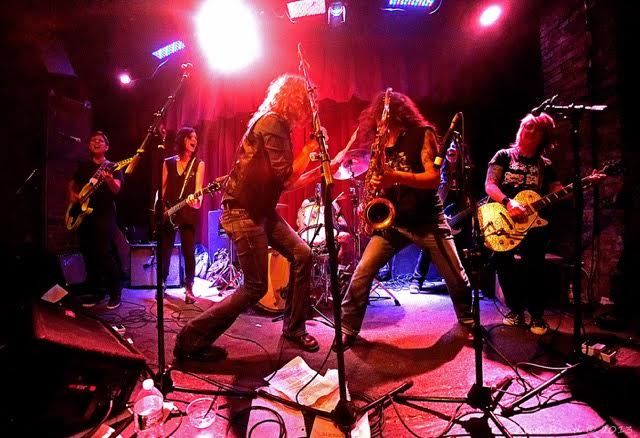 It's the 50th anniversary of Stonewall, and if you're still without end-of-Pride plans, head to the Bowery Electric after the NYC Dyke March on June 29 to rock out with some incredibly talented female-fronted bands, featuring trans and queer artists and allies. The celebratory event, hosted and organized by Katrina del Mar and co-hosted by Wendigo Productions, will take place from 8 to 11 PM that Saturday, and is perfect for anyone seeking a night of nonstop dancing and partying to live punk, riot grrrl, and rock music.

There’s no better way to end Pride Month than with a lineup including the Karyn Kuhl Band, GSX, Tracy City, and Cop/Out, and a portion of all ticket proceeds will go to the National Organization for Women and the Sylvia Rivera Law Project.

The event will take place in the East Village, just blocks away from the end of the Dyke March route, at 327 Bowery, NYC. Doors open at 7:30pm, and the concert starts at 8:00. Be sure to grab your tickets here.

Plan A Sweet Pride Party With These Cake Recipes

Tags: music , punk , rock , LGBT , events , Pride
Support Feminist Media!
During these troubling political times, independent feminist media is more vital than ever. If our bold, uncensored reporting on women’s issues is important to you, please consider making a donation of $5, $25, $50, or whatever you can afford, to protect and sustain BUST.com.
Thanks so much—we can’t spell BUST without U.