Details
BY BUST Magazine
IN Music
Published: 31 May 2019 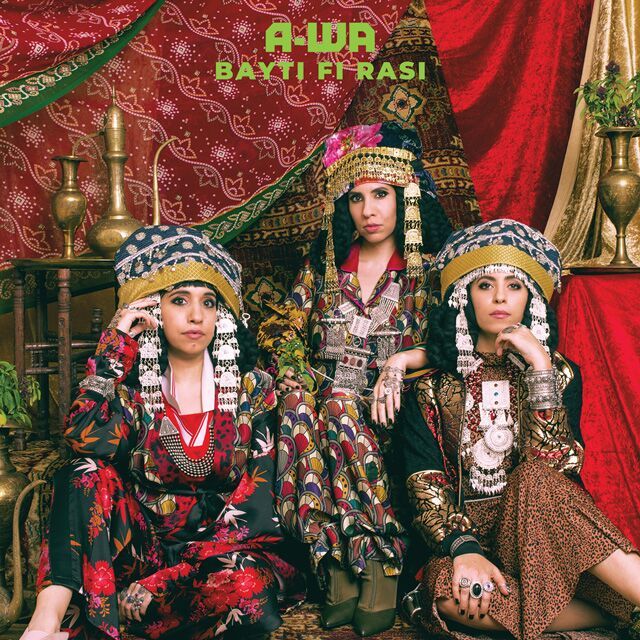 A-Wa made global waves with its first single, 2015’s “Habib Galbi,” a Yemeni folk song reimagined with an electronic beat. And the accompanying music video went viral, becoming the first ever song in Arabic to reach the top of the Israeli pop charts. The song (released on an eponymous album) was a fitting introduction to the Yemenite-Israeli trio—sisters Tair, Liron, and Tagel Haim—that interlaces the Arabic-language songs of their heritage with wildly eclectic, bass-heavy dance music (fittingly produced by Tamir Muskat of Balkan Beat Box).

On the band’s second album, Bayti Fi Rasi (which translates to “My Home is in My Head”), A-Wa continues to merge the past with the present. Lead single “Mudbira” (“Unlucky”) nods to the sisters’ great-grandmother’s struggle to flee Yemeni oppression; the girls’ powerful voices sing to her in unison over larger-than-life orchestration that blends modern digital production with indigenous instruments like Darbuka drums. “Hana Mash Hu Al Yaman” embellishes traditional call-and-response with a bouncing beat and DJ-scratching; “Malhuga” channels ’90s girl-group pop with glossy synth and catchy R&B refrains. Much of the album is unified by high-energy hip-hop references, but don’t be surprised to hear a woozy, rocksteady beat; a bit of guitar twang; and even a norteño-sounding polka moment. The music of Bayti Fi Rasi whirls in many directions across time but stays rooted with the vocal dexterity of these Haim sisters, who know exactly who they are and where they’re going. (5/5)