Details
BY Bry'onna Mention
IN Music
Published: 22 May 2019 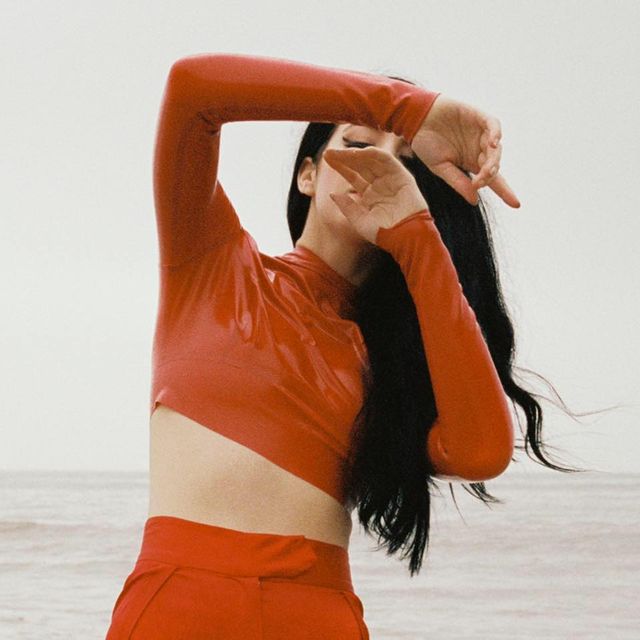 She is as elusive and haunting as the dark, and yet as soothing and humbling as the moon. She is exactly what her name suggests. She is Luna Shadows. Born and raised in New York and later transplanted in Los Angeles, the multi-instrumentalist does it all: singing, songwriting, performing, producing, editing, and engineering. Described as “Echo Park pop” the stunning talent, delivers mood music for every melancholic feeling one could have and her latest is just in time for those chill summer nights. She has all the vibes you need.

Luna Shadows kicked it with BUST and talked about her new video for “lowercase,” inclusivity, and the most important Super Smash Bros. character, Kirby.

How would you describe your sound?

I get this a lot and my answer always changed. It's always evolving. I would say I sound like New York meets L.A. It’s very dark and light. It’s very juxtaposed--coming from opposite angles. Something about it is very real and direct, and another part of it is very ethereal and laid-back and just wants to like… be. It just wants to be.

You’re so invested in your lyrics. They’re very thought provoking, can you tell me about your writing process?

That's definitely true. I am always thinking about injecting meaning to everything. I love plays on words, rhymes, catchiness, double entendres, poetry-- I have always connected with. As far as my writing process goes, it’s a little different every time. But right now, I really like to start working with one other person working on the music and we’ll just like, produce. Often times I’ll end up sitting up at the piano playing the chords. And I have a buddy with me, working on the beat and that'll create a mood. And then I’ll think about what it’s like-- to feel. And from that feeling I come to words--or the words come to me, you know? I try to listen to what’s going on and not let those two things be separate. But be really really present and reactive to what I’m hearing.

What’s it like writing for other artists? How do you separate your personal artistry from theirs?

I think that there are things that I keep to myself, especially lyrically. I think that one of my strengths is being a chameleon. I can really adopt other people’s voice, but not reject my own, but still listen to them. Have you ever played Nintendo 64 "Super Smash Bros.?" So you know how Kirby eats another character and takes on their qualities? I feel like that’s my super move. 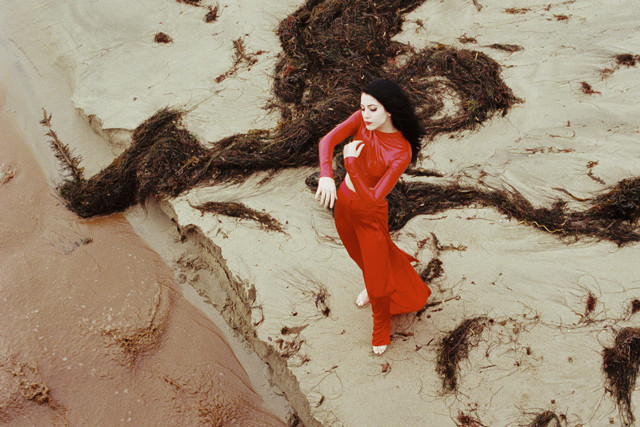 You’re very hands on hands on with the production of the music. I imagine producing to be as male dominated as everything else. I’m curious about your experience and how you got into the producing side.

My involvement in producing came in a very natural way. It wasn’t something I set out to do, but came out of necessity. Back six or seven years ago, I remember being called upon by major labels to write for other artists before I really had my own projects. And I found that even though I had worked really hard, to be a songwriter, if I didn't have the tools to articulate my ideas--it didn’t matter how good they were. So, I started learning to record vocals--becoming a vocal producer. As I started doing it I really intended to be my own vocal producer, I just wanted to be good enough to get my ideas across. But naturally I realized this is actually exciting and empowering. I thought about why I had not tried it before. And I just hadn’t felt excited about it.

It’s definitely a male-dominated industry. And you know, you walk into rooms full of men on the desk. And you don’t think it’s the place for you. Like as a little girl I didn't think running for president was an option--so I didn’t do it. [laughs] But, as I started doing it I realized it had nothing to do with gender. And I enjoyed it.  And in fact, as I became much better at producing vocals, because a lot of the men I worked with I felt weren't really keeping up. And eventually I just decide to take the full role. But that's not to say I haven't worked with a lot of amazing men, who have been awesome mentors to me and completely open-minded when it comes to listening to our experiences and making a big effort to adjust their own outlets and behaviors to be more inclusive. It’s definitely my mission now to let young women know that there is definitely a place for them in the studio.

Is that how the all female dream team behind the visual for the “lowercase” come about?

So, I just spoke about kind of being the black sheep female in the studio and being a behind the scenes engineer woman. I realized it was time to put my money where my mouth is. And when it came to doing visuals, I really hadn’t worked with a lot of women. So I thought ‘this is the perfect opportunity to attempt inclusivity.’ I went to Facebook on a secret womxn’s group in LA and posted about the video. I received over 100 submissions of extremely talented women: directors, producers, stylists, choreographers, you name it. From there, I was able to assemble my team. They were just awesome and amazing. And you know, even in this experience I still had to work past my own internalized bias, because I was like ‘What if there aren’t enough women?’ ‘What if they don’t apply?’ and what I found was the total opposite. And I think they delivered my best visuals so far. It was really eye opening.

Speaking of your visuals, from what’s available online, there is not a lot of focus on your face or physical appearance. I cannot think of many instances in mainstream music where this is the case for women, as beauty is usually the selling point. Was this intentional? If so, why?

You’re spot on. It is very intentional. Early on, I didn’t show my face at all. And to this day, you won’t really find any selfies either. And that’s not anything but for me, I have been in the music industry for a very long time. I wanted an opportunity to showcase my music, first and foremost. I wanted to put the art forward. I didn’t want to get there on the basis of anything else. It was a really big achievement for me, to get my first million streams, without posting a picture of myself. I didn't want to be undermined, you know? I didn’t want anyone to think ‘oh, cute,’ and not take it seriously or whatever your perception of me visually. I wanted what everyone's thought of me to come from the art that I spent so much time laboring over. And whether or not this is a I feel like this is the time to be embracing my identity but for my launch it was important for the focus on the art.

What other projects can we expect from you?
Definitely expect more music soon. This is just the first installment of a series.

Check Out The all female Dream Team behind lowercase

Tags: Luna Shadows , Echo Park Pop , lana del rey , lorde , lowercase
Support Feminist Media!
During these troubling political times, independent feminist media is more vital than ever. If our bold, uncensored reporting on women’s issues is important to you, please consider making a donation of $5, $25, $50, or whatever you can afford, to protect and sustain BUST.com.
Thanks so much—we can’t spell BUST without U.