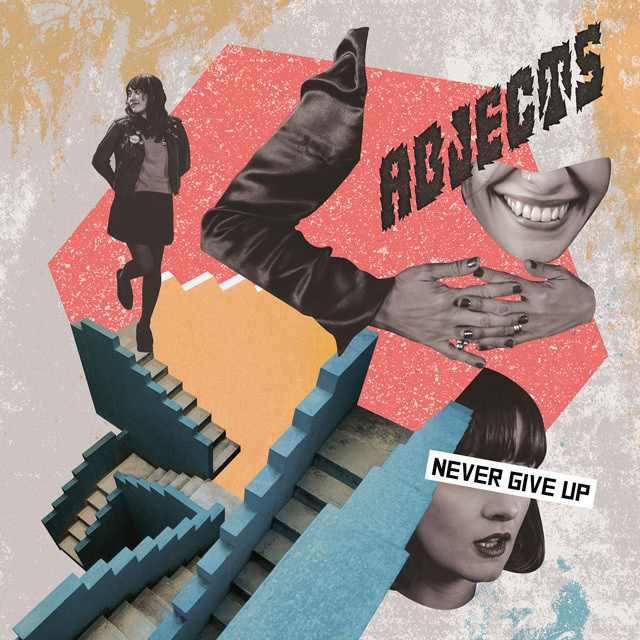 For a jolt of straightforward garage-punk, Abjects has your number. With band members hailing from Spain, Japan, and Italy, the group began in London in 2013 where it began mixing driven, occasionally thrashy classic punk with glints of J-Pop sensibilities, and three-part harmonies as rallying cries. The pacing on the Spanish-language procrastination track “Mañana” nods enthusiastically to the Monks. Elsewhere, buzzing, tense riffs are reminiscent of the Cramps with pleasing chord progressions by way of the Buzzcocks. “Dream Song” shines with irreverent guitar solos (my favorite kind). And both “Fuck Brexit” and the title track make it plain—Abjects don’t intend to let borders, or bad attitudes, hold them back. (3/5)

Never Give Up was released February 15, 2019. This article originally appeared in the March/April 2019 print edition of BUST Magazine. Subscribe today!

Tags: music reviews , music
Support Feminist Media!
During these troubling political times, independent feminist media is more vital than ever. If our bold, uncensored reporting on women’s issues is important to you, please consider making a donation of $5, $25, $50, or whatever you can afford, to protect and sustain BUST.com.
Thanks so much—we can’t spell BUST without U.