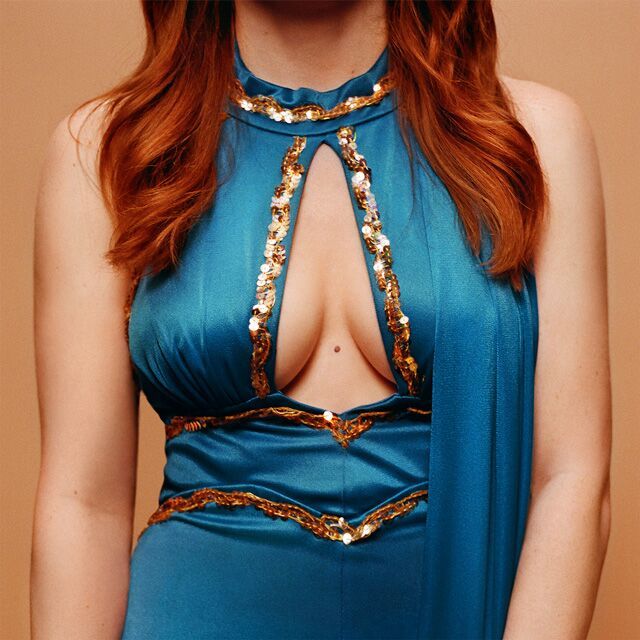 On the Line, Jenny Lewis’ fourth solo album, features help from an arsenal of pro friends including Ringo Starr and former Tom Petty keyboardist Benmont Tench. Since her first solo release in 2006, Lewis (formerly of the ’00s band Rilo Kiley) has progressed easily from indie-folk to country to alt-pop, now stepping confidently into the realm of classic rock. “Red Bull & Hennessey” is a top-down anthem that evokes the Heartbreakers backing a Stevie Nicks hit, hinting that this may be Lewis’ Bella Donna moment, while the nostalgic, piano-lead “Hollywood Lawn” points toward early-’70s Laurel Canyon. Elsewhere, smears of synth and organ, like on the ghostly “Do-Si-Do,” feel more modern, as does “Little White Dove,” an idiosyncratic groove with the most Beck fingerprints on it.

While songs like opener “Heads Gonna Roll” occasionally sound lyrically clumsy, On the Line largely emphasizes what Lewis does best: spin melodies with just-detailed-enough lyrics that roll around in your mind for days to come. The title track asks a lover to reconsider an affair (“He left me for a super-fan called Caroline”); “Wasted Youth” features a terribly catchy chorus for an equally terrible subject (“I wasted my youth on a poppy/Doo doo doo doo doo, just for fun”). On the Line’s sound is the biggest Lewis has ever created, but her unmistakable voice and knack for good storytelling keep it very much her own. 4/5