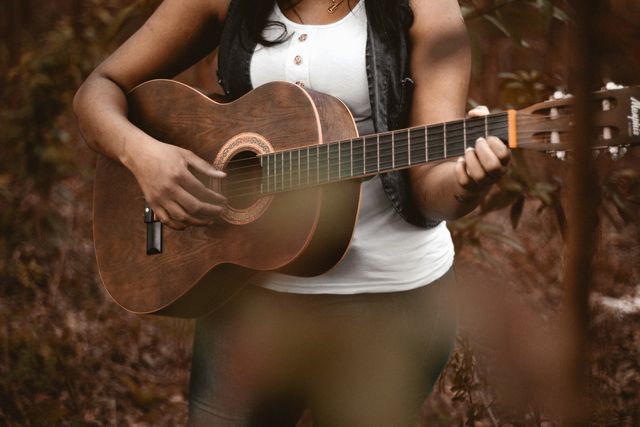 Folk and country have had a recent resurgence in modern pop culture. From Dumplin’s popular Dolly Parton soundtrack to folk and country groups/singers like The Wailin’ Jennys, Brandi Carlile, Hozier, the Fleet Foxes, Iron & Wine, and a smattering of small Seattle-based groups, the genre seems to be making a comeback. A number of women who helped define the genre have been overlooked in recent decades, one whose music wasn’t “discovered” until the mid-2000s. Here’s a list of four women folk singers you need to know about:

If you haven’t heard of her, don’t be surprised. Anne Briggs, a Nottinghamshire native, was a member of the folk revival in the 1960s and early 1970s. She only has twenty-two officially released songs, refusing to record anything new since the early 70s and retreating from the public eye. Briggs had no desire for fame and was the wild child of the folk revival. Despite being largely reclusive for the past forty-odd years, Briggs’ music has gained a cult following. Her songs “Black Water Side”, “Thorneymoor Woods” being some of her most famous works, with their traditional melodies and old folksy lyrics. Briggs’ haunting vocals in “Let No Man Steal Your Thyme” (featured in Netflix’s Alias Grace) echo unaccompanied throughout what can only be imagined to be an ancient forest. Her music continues to influence folk musicians today (The Decembrists’ EP The Hazards of Love) despite her retreat from the industry and limelight.

Born in 1893 in North Carolina, Elizabeth Cotten made a living in domestic work for most of her life. She started playing guitar and banjo early in life. Her unique fingerpicking style of playing is so iconic it has been termed the "Cotten Style." She rose to fame in her early 60s, recording her songs with the help of Mike Seeger, whose family she worked for as a domestic worker. Cotten eventually played her music in the White House, and her music soon became iconic in the 1960s folk revival. Her song “Freight Train” (chronicling the Great Migration of the 1930s) gained prominence and is one of her best-known songs to this day, covered by the likes of Joan Baez, Peter, Paul, and Mary, and Bob Dylan.

Like Briggs, Connie Converse hasn’t made music in nearly half a century, because she went missing. Converse lived in New York during the 1950s, hoping to start her music career. Often credited as the first singer-songwriter, Converse’s songs range from happy tunes (“Johnny’s Brother”) to lonesome ballads (“Roving Woman”, “Talkin’ Like You [Two Tall Mountains]”). Despite her talent and praise from friends, she did not find success during her lifetime. After moving to the midwest family members and friends reported Converse had become depressed and burnt out. Her brother speculated she might have been a lesbian. She disappeared in 1974, packing up her life into a Volkswagen Beetle, leaving behind only eighteen official recorded songs recently released on the album How Sad, How Lovely.

Born in England, Bunyan moved to New York at the age of eighteen to pursue a career in music. She released her debut album Just Another Diamond Day in 1970. Though receiving good reviews, the album was largely unsuccessful and Bunyan struggled to find an audience for her work. Due to the low performance of the album, Bunyan moved back to the U.K., retreating into the Scottish Hills. Over the next thirty years, Just Another Diamond Day became gained a dedicated following and became one of the most sought after albums, all unbeknownst to Bunyan at the time. Bunyan’s career has experienced a resurgence in the past twenty years. Making up for lost time, she has released the albums Lookaftering (2005) and Heartleap (2014), both to critical acclaim.