R. Kelly May Be Indicted After Another Video Of Him Reportedly Sexually Assaulting An Underage Girl Resurfaces 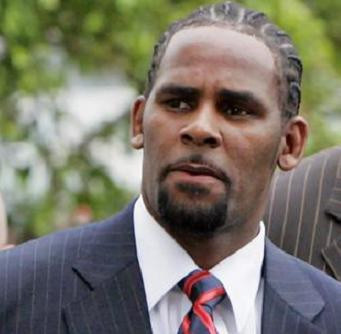 Early this year, Lifetime premiered the groundbreaking docuseries Surviving R. Kelly, renewing public awareness of Kelly's decades-long predatory behavior. In 2002, Kelly was indicted in Illinois on 21 counts of child pornography in relation to a videotape reportedly showing a then-32-year-old Kelly sexually assaulting athen-14-year-old girl. The case didn’t make it to trial for six years, during which public attention waned and Kelly re-branded his image, even going so far as to poke fun at the allegations against him (Remember Trapped In The Closet?). Kelly was acquitted of the charges in 2008; jurors said they made the decision because the girl believed to be in the video refused to testify, though 14 witnesses identified her.

Surviving R. Kelly is a difficult and necessary watch and, with great attention to detail, explores the timeline of Kelly’s reported assaults and explains how the abuses occurred and furthermore, how he was able to persist in this behavior for so long. The New Yorker reports that two weeks ago, attorney Michael Avenatti tweeted, “Since April, I have been working on the R. Kelly matter. The results of that work will soon be known. We are going to blow this wide open for the sake of each of his victims and one less pedophile will be free. Count on it.” Today, CBS reports that Chicago law enforcement has confirmed that the prosecutors have obtained a 45-minute tape. Avenatti has said the tape is different from the earlier tape, but has not said if the victim is different from the minor shown in the earlier tape.

This past Thursday, Avenatti tweeted a formal statement where he asserted he was representing “multiple clients in connection with allegations of sexual assault of minors” by Kelly. Avenatti additionally said he gave a videotape of “Kelly engaging in multiple sexual assaults of a girl underage,” to the Cook County state’s attorney, Kim Foxx, and that the timeline of the incidents are within the Illinois statute of limitations. This means Kelly could be arrested very soon and finally held accountable for his actions. Read below for the full statement.

In response to press inquiries, attached is a stmt regarding our work on the R. Kelly matter since April, including the discovery of new critical video evidence establishing his guilt. We will continue to work tirelessly to ensure that this predator is brought to justice. pic.twitter.com/D0dGFzgXlX

R. Kelly’s Victim Jerhonda Pace Asks The Me Too Movement, “What About Us?”: Link Roundup

Tags: R. Kelly , indictment , Surviving R. Kelly , sexual assault , survivors , feminist , feminism, , sexual misconduct , sexual harassment
Support Feminist Media!
During these troubling political times, independent feminist media is more vital than ever. If our bold, uncensored reporting on women’s issues is important to you, please consider making a donation of $5, $25, $50, or whatever you can afford, to protect and sustain BUST.com.
Thanks so much—we can’t spell BUST without U.