Ryan Adams Has Reportedly Manipulated And Abused Women For Years 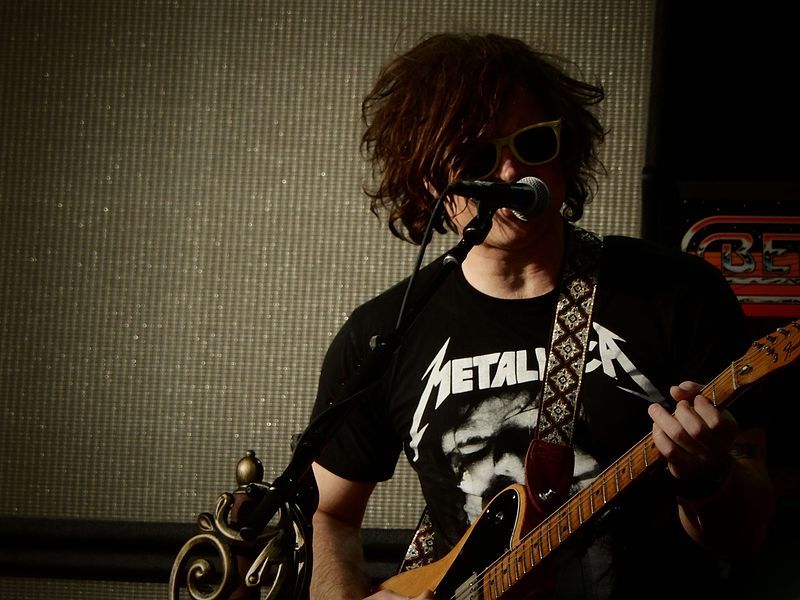 Seven women and over a dozen associates have spoken out against singer-songwriter Ryan Adams, exposing his manipulative, inappropriate behavior towards women. According to a report by The New York Times, Adams would promise career opportunities, pursue artists for sex, harass his victims over text and social media, and he would rescind his support the minute he was spurned.

Mandy Moore was married to Adams for about six years and remembers a relationship full of verbal and emotional abuse. She told the Times, “music was a point of control for him.” Moore said that her ex controlled her music career and prevented her from working with others, resulting in a halt in her music career. She said that Adams would tell her, “You’re not a real musician, because you don’t play an instrument.”

Megan Butterworth, Adams’s ex-fiancée, also experienced a controlling, emotionally abusive relationship. Adams would smash things and be physically intimidating towards Butterworth when he became angry. After she broke the relationship off, Adams digitally harassed her, threatening suicide and lawsuits.

Adams praised musicians Courtney Jaye and Phoebe Bridgers and promised them recording and touring opportunities. Jaye was excited by the promised music making opportunities, but when a song writing session turned sexual, she ended connection. Bridgers told the Times that she was beguiled by Adams’s energy and enthusiasm for her talent. Soon after meeting, Adams sent flirty texts and just a week into their relationship, he discussed marriage. As their professional relationship turned romantic, Bridgers would receive a daily barrage of texts, she had to prove her whereabouts, and Adams would often threaten suicide if she did not respond immediately. Bridgers broke off the relationship, but on a later tour with Adams, he asked her to bring him something to his hotel room and when she entered, he was completely nude.

A woman identified by her middle name, Ava, also experienced intense flattery followed by a bait and switch in which opportunities were promised in exchange for sexual favors; she was also underage when Adams pursued her. Ava was a 14-year-old bass player when she connected with Adams in 2013 over the internet, and the two had an online relationship for over nine months. Ava’s dad had died when she was 13 and she was often bullied and isolated at school, so attention from an idol felt special. The Times reviewed 3,217 text messages sent between Ava and Adams and found graphic content. Adams had pet names for all of Ava’s body parts; gave her instructions like "I just want you to touch your nipple. And tell me that your mom is not gonna kill me if she finds out we even text”; and would frequently say things like, “I would get in trouble if someone knew we talked like this” and “If people knew they would say I was like R Kelley lol.”

Through his lawyer, Adams has denied the “extremely serious and outlandish accusations” from what he believes to be disgruntled individuals. Adams’s lawyer also said that Adams “has communications with various fans and aspiring musicians,” but he “does not recall having online communications with anyone related to anything outside of music.” Most recently, Adams tweeted a thread calling the New York Times report "inaccurate" and also apologizing "to anyone I have ever hurt."

On Instagram, Mandy Moore shared a link to the article and wrote, "Speaking your truth can be painful and triggering but it’s always worth it. My heart is with all women who have suffered any sort of trauma or abuse. You are seen and heard."