Absolute Swoon: Looking Back At k.d. lang and the Reclines' “Absolute Torch And Twang” On Its 30th Anniversary 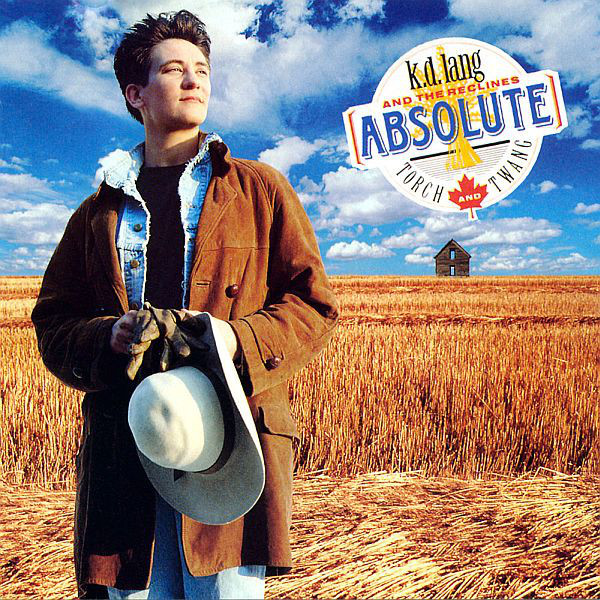 The first time I saw k.d. lang and the Reclines was on Dave Letterman’s Late Show in the mid-'80s. Luckily, my parents had set the VCR to record that night. Letterman introduced lang as a “unique performer from Canada in her American television debut,” and she enthusiastically bounced onto the stage like Elvis in a cowgirl dress. I was stunned into confusion and awe. Synapses that had not yet been connected in my brain fired wildly. She was unmistakably female and yet unapologetically masculine, all wrapped into one being. I did not yet know that this identity was even a possibility. Hailing from Rochester, NY, a few short hours south of Canada, I felt close to her in both proximity and in a way that I could not yet reveal to myself.

In a short interview following her performance, Letterman asks lang, “What kind of music was that? What would you call that?” lang answers assuredly, “I call that ‘Torch and Twang’ music… ‘Torch music’ and ‘Twang’—good ol’ Country and Western.” Not too long after that, k.d. won her first Grammy for Best Country Vocal Collaboration for her work with the late Roy Orbison on his classic tune “Crying.” (See her slay with Orbison on the Jay Leno Show in 1987.)

Soon enough, I borrowed k.d lang and the Reclines’ 1989 album Absolute Torch and Twang from my hometown library. The album celebrates its 30th anniversary this year, and to listen now—as it was then as a teenager—is to swim in a sea of swoon.

And, in honor of the album’s thirtieth anniversary, even though you didn’t ask, here are my favorite tracks:

2) “Pulling Back the Reins”

The first two songs—ballads of heartache—were co-written by lang and Ben Mink, one of lang’s solid and steady musical collaborators. “Big Big Love,” on the other hand, is a cover of a 1960s country two-step jam that quickly lifts back up the listener’s spirits.

While two singles from the album were released for airplay in 1989, “Full Moon Full of Love” and “Three Days”—and lang won a second Grammy award in 1989 for Best Country Vocal Performance, Female—the three singles that were released in 1990 were majorly overlooked. Warner Brothers even produced an official music video for “Trail of Broken Hearts,” which only charted at 87 on the top 100 Canadian charts. “Pullin' Back the Reins” was released as another single, but did not make it to the charts in Canada or the US. HOW? This is also why I will now send a special request to k.d lang through this article that she may or may not ever see: Dearest k.d, Please release a 30th anniversary version of Absolute Torch and Twang so that the world can hear what was missed!

Phew. I am glad to have gotten that off of my chest.

Now, I should probably find and return that same album to my hometown library. Thirty years of late fees can’t be that bad, can they?

Tags: k.d. lang , music , Absolute Torch and Twang , personal essay
Support Feminist Media! During these troubling political times, independent feminist media is more vital than ever. If our bold, uncensored reporting on women’s issues is important to you, please consider making a donation of $5, $25, $50, or whatever you can afford, to protect and sustain BUST.com. Thanks so much—we can’t spell BUST without U.