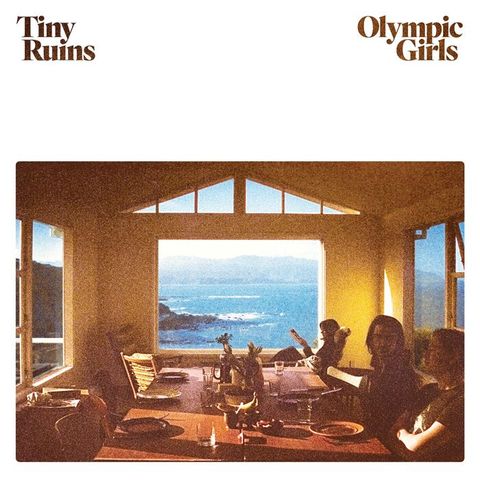 On the title track, she seems to contemplate female empowerment and revolution, noting progress but also the journey ahead by singing, “We were only inches away/Still have a long, long way to go.” The song “Stars, False, Fading” starts off with a dynamic doo-wop influenced melody, and lyrics discussing a love that she knows very well might fade once the harsh sting of reality sets in. Olympic Girls celebrates moments of fleeting joy in a flawed world. 5/5

Olympic Girls is out February 1, 2019
By Adrienne Urbanski
This piece originally appeared in the January/February 2019 print edition of BUST Magazine. Subscribe today!

Tags: Tiny Ruins , Olympic Girls , review
Support Feminist Media!
During these troubling political times, independent feminist media is more vital than ever. If our bold, uncensored reporting on women’s issues is important to you, please consider making a donation of $5, $25, $50, or whatever you can afford, to protect and sustain BUST.com.
Thanks so much—we can’t spell BUST without U.