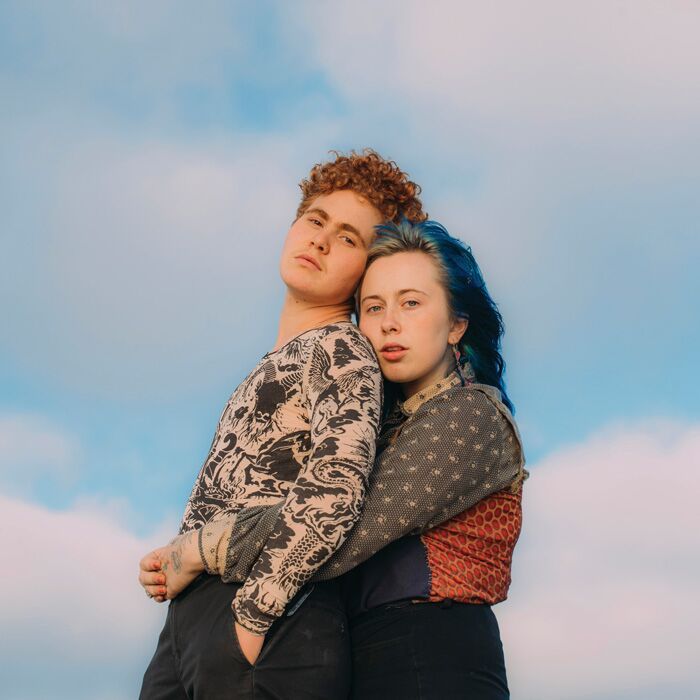 GIRLPOOL
What Chaos Is Imaginary
(ANTI-Records)

Girlpool’s Cleo Tucker and Harmony Tividad have always been in perfectly imperfect harmony with one another. So much so, that on their first two albums, the BFFs-since-high-school’s voices were often hard to tell apart through all the charming dissonance. With What Chaos Is Imaginary, they’ve both discovered their own voices, and together have found a new sound that’s more refined yet as earnest as ever. Tucker, who uses they/them pronouns, has gone through a transition, which they prefer to call a “gender flow,” that has deepened their voice, giving it a beautifully raspy timbre that vibrates on opener “Lucy’s,” a previously released solo track.

The album is filled with tracks that have been given the signature Girlpool treatment: droning guitars and sweeping harmonies that sound shambolic but are sneakily precise. Tucker and Tividad go back and forth taking the lead; Tucker works through an inner monologue on the upbeat rambler “Hire,” while Tividad’s “Where You Sink” becomes a hazy meditation punctuated by a clip-clop beat. The duo is still at its best when the pair joins forces—on the Johnny Jewel-sounding title track, Tucker’s tenor rumbles beneath Tividad’s soft vocals as they swell over a string accompaniment. And on the sleek, ambient album closer, “Roses,” they become a haunting choir. This album is a leap forward in the evolution of Girlpool. 5/5

What Chaos Is Imaginary is out February 1, 2019
By Shannon Carlin
This piece originally appeared in the January/February 2019 print edition of BUST Magazine. Subscribe today!

Tags: Girlpool , What Chaos Is Imaginary , Review
Support Feminist Media!
During these troubling political times, independent feminist media is more vital than ever. If our bold, uncensored reporting on women’s issues is important to you, please consider making a donation of $5, $25, $50, or whatever you can afford, to protect and sustain BUST.com.
Thanks so much—we can’t spell BUST without U.