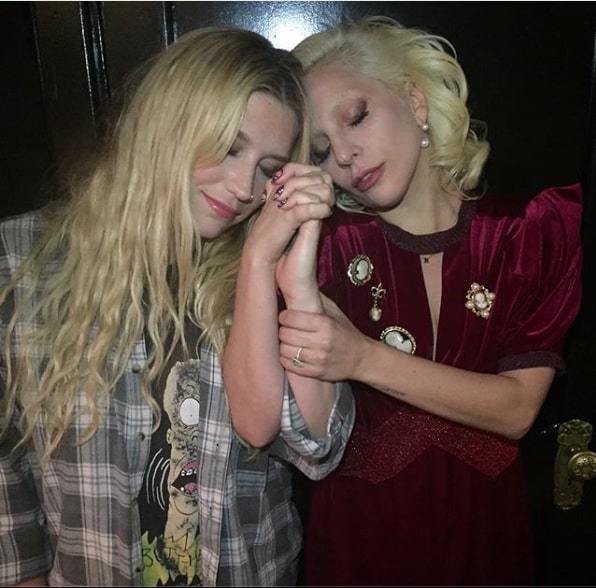 Lady Gaga’s September 2017 deposition in Kesha’s ongoing legal fight with her former producer, Lukasz “Dr. Luke” Gottwald, has been unsealed, according to The Blast. The Blast and Pitchfork viewed the unsealed document and reported on the heated questioning between Lady Gaga and Dr. Luke’s lawyer.

Gaga is also a sexual assault survivor and according to the reports on the documentation, she was crying and struggling with PTSD throughout the deposition, which her lawyer addressed at the start of the testimony. During questioning, Lady Gaga said she first met Kesha at Luke’s home studio where she found an underwear-clad Kesha in a back room. Gaga recalled how Kesha later confided in her after years of abuse, but could not remember the specifics of their conversation:

“What I recall was her immense sadness and depression and fear. She was visibly very different than when I had seen her before, and – but I can’t say specifically what we spoke about. I just recall it was emotional and I wanted to be there for her.”

Luke’s lawyer asked whether Lady Gaga believed being accused of rape had damaged the producer’s reputation to which Gaga responded:

The already tense questioning continued. Luke’s lawyer argued that Gaga didn’t have personal knowledge or information as to interactions, physical or otherwise, between Luke and Kesha, to which Gaga replied that she did have knowledge. Dr. Luke's lawyer asked her to explain and she repeated that Kesha revealed that Luke assaulted her. Luke’s legal team continued to press, arguing that Lady Gaga only had Kesha’s word to go off of. Gaga responded passionately:

“Well, you know – when men assault women, they don’t invite people over to watch…And when this happens in this industry, it is kept extremely secret, and it is compounded by contracts and manipulative power scenarios that actually include this very situation that we are all in right now.”

The lawyer tried to claim that this particular situation could be a false rape accusation to which Gaga said, “how about all of the women that are accused of being liars and how she was slut shamed in front of the world, how about that?”

Luke’s lawyer then tried to chalk it up to a she-said/he-said situation, which Gaga refuted:

Gaga’s lawyer then called for a break from questioning. To view the official deposition document, click here.

Lady Gaga’s testimony in support of Kesha, in the midst of so much disbelief, doubt, and insensitivity, is truly heart warming and empowering. I love women supporting women!

Kesha Stands Up To Dr. Luke And Sony: ‘I Will Not Take Back The TRUTH’