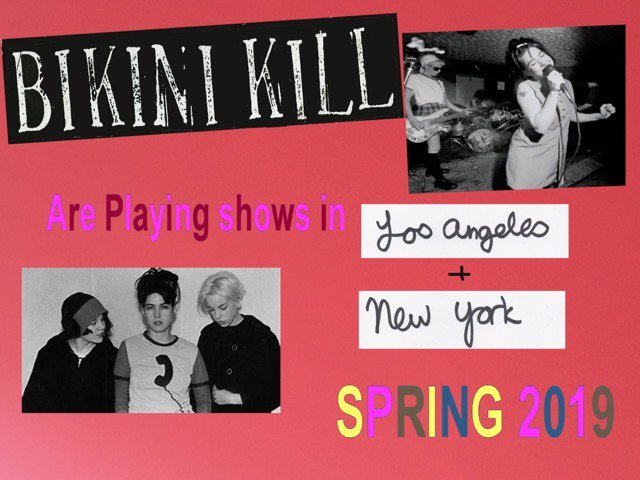 Bikini Kill is back, baby! Pitchfork reported that the riot grrrl band from Olympia, Washington has announced a reunion tour for 2019. Singer/songwriter Kathleen Hanna, bassist Kathi Wilcox, and drummer Tobi Vail will be joined by a new guitarist, Erica Dawn Lyle, for three shows: one show in L.A. and two shows in New York.

Bikini Kill disbanded in 1997, reuniting briefly in 2017 to play one song at an event celebrating the Raincoats, a '70s British punk band. Bikini Kill’s discography wasn’t added to streaming services until last year. 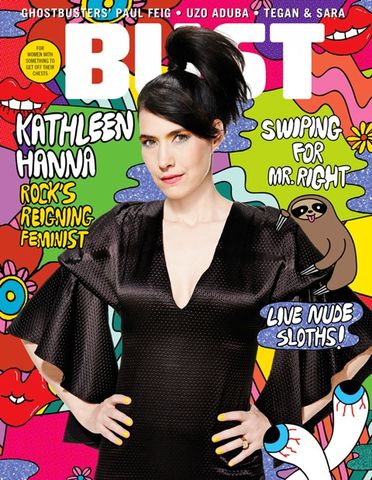 Bikini Kill Reunion Tour tickets will be on sale soon at the following links:

Here at BUST, we’ll be listening to "Rebel Girl" on repeat until the tour starts!

Tags: Bikini Kill , punk rock band , reunion tour , 2019
Support Feminist Media!
During these troubling political times, independent feminist media is more vital than ever. If our bold, uncensored reporting on women’s issues is important to you, please consider making a donation of $5, $25, $50, or whatever you can afford, to protect and sustain BUST.com.
Thanks so much—we can’t spell BUST without U.