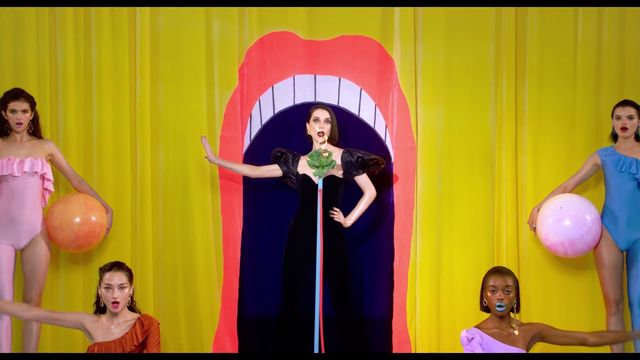 We’re barely two weeks into the new year, but we've possibly already received the best news of 2019: Annie Clark, a.k.a. St. Vincent, will be producing an upcoming Sleater-Kinney project. Both Clark and Sleater-Kinney shared the news on Twitter this morning, along with an ultra-cool behind-the-scenes photo of Clark, Carrie Brownstein, Corin Tucker, and Janet Weiss in the studio.

Sleater-Kinney’s last studio album, No Cities to Love, was released in 2015, and was the Portland-based trio’s first release in a decade. Following the end of her award-winning comedy series Portlandia, guitarist Carrie Brownstein mentioned the band had been back in the studio.

“Just so you know, we’re going to do this very slowly,” Brownstein told Billboard a year ago, when asked about upcoming music.

Brownstein and Clark have worked together before—according to Pitchfork, Brownstein was behind the hilarious and colorful short videos Clark dropped on Instagram in 2017 to promote her album Masseduction. Since Masseduction’s release that fall, Clark has been touring, and most recently dropped MassEducation, a sensual, slowed-down supplement to the record.

There’s no word yet on the upcoming collaboration’s release date, or whether it will even be a length-length album. But with the combined talents that brought us Dig Me Out AND the “I Am A Lot Like You” tour, it’s sure to be an instant hit.

St. Vincent Is Directing A Genderswapped Version Of “The Picture Of Dorian Gray,” And All Our Goth Dreams Are Coming True